Portugal Resident
Home Society Opinion The Journey of the Magi by T.S. Eliot – an Epiphany 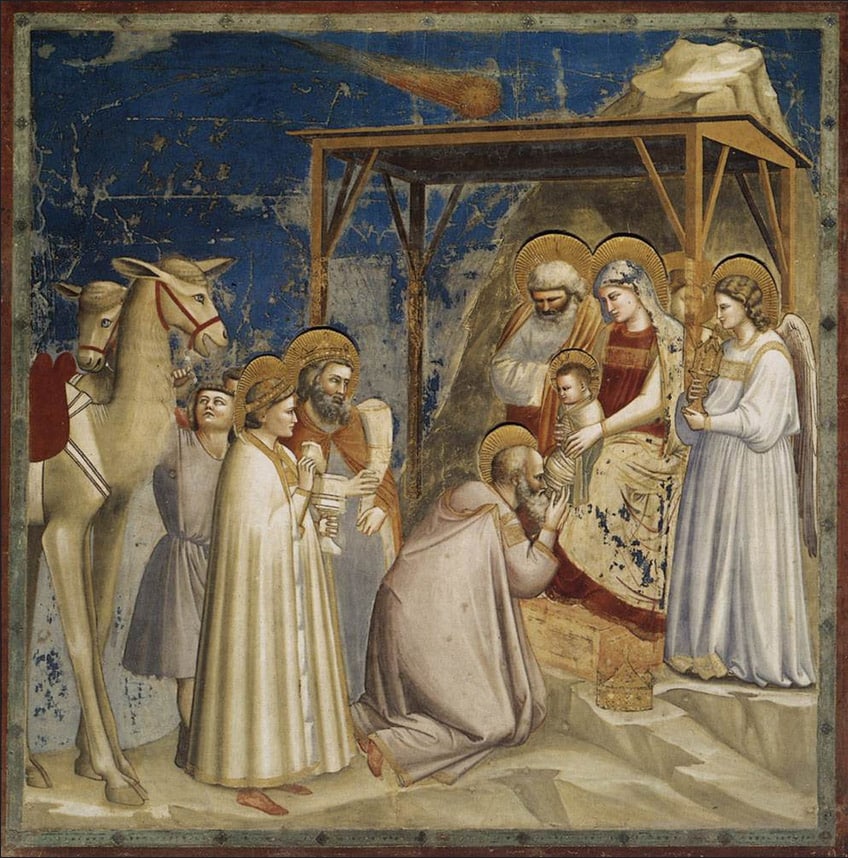 Everyone has a favourite Christmas carol. Mine, safely tucked in after “While Shepherds Watched Their Flocks by Night” and before “The Holly and the Ivy”, is “We Three Kings of Orient Are”. Written in 1857 by an American cleric John Henry Hopkins, it became a runaway success. It has a sense of purpose, direction and one feels one is travelling with the Three Wise Men.

But who were the Three Wise Men? What is their significance within Christ’s Nativity? Why did Eliot choose to write his poem in the style he did and how, in Portugal, did it morph into the Dia de Reis and the Epiphany festivities?

We must first discover what it is that the Epiphany celebrates. In the Western Christian church, it is the remembrance of the incarnation of Christ. God coming, in human form, as Jesus Christ to earth. In the eastern Christian Orthodox church, it celebrates the baptism of Christ and in the Czech Republic, Bulgaria, Greece and Russia, people swim in ice cold water.

Then we have to consider the circumstances surrounding its writing in 1927. He had written nothing since 1925 whilst he went through a very deep religious soul searching at the end of which he was baptised into the Church of England. He had moved to England from America in 1914. He was working for Fabers and was asked by them to write a Christmas poem for their clients. He later said it was a seminal poem releasing much of his later work.

I have always found it a very profound but very personal poem, and one at variance with the faith and joy of the carol. By using the format of the “dramatic monologue”, one is there on the journey with the Magi. Uncertainty pervades the first stanza, culminating in the lines ”with the voices singing in our ears, saying That this was all folly”.

The second stanza anticipates the features of Christ’s life and Crucifixion “three trees on the low sky”, “Six hands at an open door dicing for pieces of silver”, but told by someone on a journey to his birth in Bethlehem. This when they came down “to a temperate valley”.

The Narrator knows not what he is seeing – but Eliot of course does. The anxiety of discovering and establishing a faith. Every 20th century carol singer knows that the Birth of Christ, at the first Christmas, will be followed by the Passion of Christ.

The third stanza confirms that the Magi realise that their journey has been life changing. “There was a Birth, certainly”, “I had seen birth and death, But had thought they were different; this Birth was hard and bitter agony for us, like Death, our death”.

The Narrator finishes “But no longer at ease here, in the old dispensation, with an alien people clutching their gods”. Christ preached that to be saved, one had to be reborn; the doubt and confusion of the old Narrator is borne out in the last line “I should be glad of another death”.

I have left one question unanswered. How did this become the Dia de Reis of January 6? In Spain and Portugal, it is the Three Wise Men who bring gifts to children, not Father Christmas. On January 5, children leave shoes by windows, with straw and carrots for the horses of the Magi and, in return, cakes and sweets and presents are left for the children.

The Dia de Reis festival is like Twelfth Night, there are festivities and the Bolo de Reis eaten and then the decorations are taken down.

Between New Year’s Day and Epiphany, traditional New Year carols are sung, known as Cantares dos Reis, and a new generation comes to know of the Journey of the Magi and “arriving at evening, not a moment too soon finding the place; it was (you might say) satisfactory”. They are the heirs of the new dispensation!

Journey of the Magi
‘A cold coming we had of it,
Just the worst time of the year
For a journey, and such a long journey:
The ways deep and the weather sharp,
The very dead of winter.’

And the camels galled, sore-footed, refractory,
Lying down in the melting snow.
There were times we regretted
The summer palaces on slopes, the terraces,
And the silken girls bringing sherbet.
Then the camel men cursing and grumbling
And running away, and wanting their liquor and women,
And the night-fires going out, and the lack of shelters,
And the cities hostile and the towns unfriendly
And the villages dirty and charging high prices:
A hard time we had of it.
At the end we preferred to travel all night,
Sleeping in snatches,
With the voices singing in our ears, saying
That this was all folly.

Then at dawn we came down to a temperate valley,
Wet, below the snow line, smelling of vegetation;
With a running stream and a water-mill beating the darkness,
And three trees on the low sky,
And an old white horse galloped away in the meadow.
Then we came to a tavern with vine-leaves over the lintel,
Six hands at an open door dicing for pieces of silver,
And feet kicking the empty wine-skins.
But there was no information, and so we continued
And arrived at evening, not a moment too soon
Finding the place; it was (you may say) satisfactory.

All this was a long time ago, I remember,
And I would do it again, but set down
This set down
This: were we led all that way for
Birth or Death? There was a Birth, certainly,
We had evidence and no doubt. I had seen birth and death,
But had thought they were different; this Birth was
Hard and bitter agony for us, like Death, our death.
We returned to our places, these Kingdoms,
But no longer at ease here, in the old dispensation,
With an alien people clutching their gods.
I should be glad of another death.