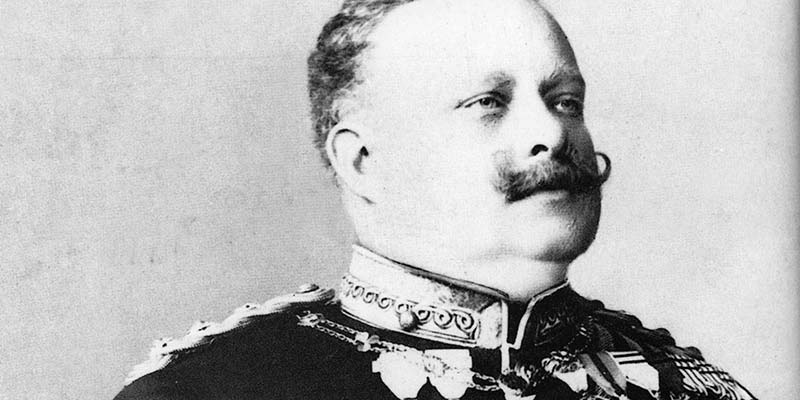 As with much else in Portuguese history, much of the reason lies in the British connection, but with the differences occurring in Africa rather than Europe. In the 1880s, Portugal’s African adventurers were meeting the aims of the Geographic Society in Lisbon by making their explorations across Southern Africa, born of the desire to make a land-bridge between Angola and Mozambique. This desire was famously illustrated in the mapa cor-de-rosa, which portrayed a pink Portuguese Angola and Mozambique joined through the pink territory which is now Zambia and Zimbabwe.

Almost at the same time, the British decided that they wanted to connect their Empire in South Africa to the Mediterranean by means of the Cape-to-Cairo Railway.

Clearly, these two projects could not proceed at the same time, and at the prompting of the Chairman of the British South Africa Company, Cecil Rhodes, Prime Minister Salisbury issued the Ultimatum on January 11, 1890. Britain ordered the Portuguese to withdraw from Central Africa, and Portugal had no alternative but to comply.

In Portugal, there was immense public resentment that the Old Ally could be so cavalier with Portuguese ambitions. If the King could not protect the country against his allies, what was the use of a monarchy? There was a Republican outrage in Porto on January 31, 1891, and a growth in the Carbonária (revolutionary anti-clericals and anti-monarchists).

The Republican Party in Portugal, which had been founded in 1873, also grew in strength, and in the Cortes the radical deputy Afonso Costa in 1900 called for the foundation of the Republic. Simultaneously, government was paralysed by a row about overspending by the royal family. The question of financing the royals became a major political issue. From 1906 until 1910, poor Portugal was rocked by scandal and civil unrest. The king tried to stabilise politics by appointing a dictatorial Prime Minister, João Franco, but matters grew worse, not better. Strikes, dissolutions of councils, restrictions of press freedom all attracted even greater hatred to the king.

In January 1908, the government discovered a republican plot to assassinate the king and, following advice, the royal family left Lisbon for their estates at Vila Viçosa in the Alentejo. Believing that these plots had been discovered and neutralised, on January 31, 1908, João Franco gave the green light for the royals to return to Lisbon.

The very next day, they set out by rail from Vila Viçosa and arrived at Barreiro for the short river crossing to the Praça do Comércio. Arriving at the river station late in the afternoon, they climbed into their open landau for the journey from the centre of Lisbon to the Necessidades Palace. They had scarcely begun their trip when they were attacked by at least two men, Buiça and Costa, who jumped on to the running board of the landau and shot dead both the King and the Crown Prince. They also wounded the second son, Infante D. Manuel, while Queen Amélia bravely struck at the gunmen with the bunches of flowers that she was carrying.

There was an outpouring of public grief, not for the assassinated king nor for the widowed queen, but for the assassins who had been struck down immediately after their dread deeds. Even today, it is not certain if these two had acted alone, or if further shots were fired from a distance.

Unexpectedly, D Manuel II had become King at age 18. He was unprepared, and perhaps temperamentally unsuited to the political difficulties which had defeated his more experienced father. The Republican Party won all of the Lisbon seats in the parliamentary elections of 1908, and it was now only a question of time before the monarchy was finally abolished.

In the Algarve, and probably also in the rest of Portugal, society and businesses split between the blue-and-white and red-and-green factions, even to the extent that, for example, some chemists were patronised by one side and the opposition used rival chemists.

The denouement occurred two years later. On October 4, during an official visit by the President of Brazil, the cruiser Adamastor fired on the royal palace in Lisbon, and the king fled to the Palace Convent at Mafra, which is where the royal family spent their last night in Portugal. The Rotunda (Praça Marquês de Pombal) was occupied by rebel soldiers and armed civilians, and the Alcântara barracks was occupied.

The next day, without having tried to resist the armed uprising, the king and his family embarked at Ericeira, and made their way to Gibraltar, and then to England. Ex-king D Manuel II spent the rest of his life at Twickenham.

The Republic was proclaimed from the balcony of the Câmara (City Hall) in Lisbon on October 5, 1910.