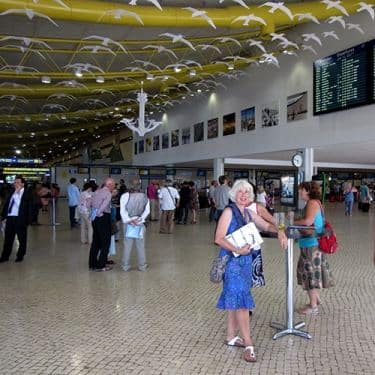 I was about to go to bed when I decided to check the news on the net and found the release, from minutes before: ‘20 Children Among the 27 Dead in Connecticut School Shooting’. Shock, sadness, anger – it has happened again!

How ashamed and sad I am that this could be happening, again, in my own native country. The school is in Newton, Connecticut. I lived nearby in Wilton, Connecticut, from age two to five and I remember it pretty well despite my age at the time. It is a lovely place with a classic New England ambience and sense of peace. Things like this shouldn’t happen there. Of course, they shouldn’t happen anywhere.

Apparently – I say apparently because this is fresh news and could be off in the details – the 20-year-old son of a primary school teacher at the school, Sandy Hook Elementary, was the murderer. He apparently shot his mother first and then turned his guns on 5-10 year-old kids in two adjoining classrooms, also killing several other teachers and staff. He then shot himself.

Apparently he had shot another as yet un-named relative before coming to Sandy Hook Elementary to murder his mother and the kids.

Mr. Obama wept as he faced the press and addressed the nation about this fresh tragedy. He responded as a father with schoolage children would.

The gun control debate is almost an automatic response to these tragedies and the arguments on both sides are well known, at least in America.

Pro gun: The second amendment of the constitution guarantees our right to bear arms…There are enough gun laws already, they just need to be better enforced.. Guns don’t kill, people kill… If you restrict guns, only criminals will have guns and we’ll be at their mercy, etc.

Gun control: There are too many weapons abroad in the country, they are too easily available and deranged people can use them in these senseless acts. Compared to countries with stricter gun control laws, the US has x times as many gun murders… There need to be laws preventing anyone from acquiring automatic weapons – these are meant to kill people. Waiting periods need to be observed before anyone can get a gun. Gun show loopholes need to be closed, etc.

As a retired psychotherapist, I am interested in the psychology of not only the perpetrators and victims but also the advocates of gun ownership. I have worked with a few cases involving gun murders and suicides. I have worked with victims of gun violence and families affected by this.

I don’t have any answers to how to put a stop to these incidents. I do know from my clinical experience that these are tragic losses causing profound lifelong stress that can never be fully repaired.

I have several friends back home and even a few relatives who advocate gun ownership and oppose any more restrictions on gun ownership. One actually advocates mandatory gun ownership which he believes will prevent gun crime from occurring.

I don’t think I will ever hear such arguments here in the Algarve. I know most people around here were shocked at the two separate murders in Albufeira two years ago.

I really don’t have a problem with a hunter buying a nice hunting rifle provided he is: sane, without a criminal record, is willing to wait for criminal clearance, and has passed a certified rigorous hunter safety training course.

I don’t worry about any of my gun-owning friends suddenly going bonkers and using one of their weapons to commit murder.

I do worry about the gun owner whose son can access his father’s weapons and ammunition without permission and impulsively commit a murder or suicide. Maybe that wouldn’t happen if dad did not have a gun at home.

I have seen such a tragedy at work and worked to assuage the devastation it caused.

I worry about the cheap Saturday-night-specials or semi-automatic weapons that can easily convert to automatic and are easily available at gun shows where the sale is under the radar. Criminals buy these at such fairs or buy through illegal brokers who buy in bulk at these gun shows.

I worry about the millions of weapons already circulating among criminal populations in the US.

I am not very worried about being a victim of gun violence here or at home. Obviously, statistics are far more worrisome at home than here but yet, statistically, not at all likely.

I do worry that some very troubled individual or some otherwise fairly normal adolescent in America over-reacting to some passing slight or temporary condition, gaining access to a weapon or weapons and committing the kind of mass murder we have just witnessed.

I grieve for the 20 young children whose lives were snuffed out so brutally and prematurely.

There might have been a future cancer researcher among them who would have discovered a cure sometime if she hadn’t died. We’ll never know because all of these lives are permanently lost. That, in itself, is tragic enough for me.

So how do we keep this from happening? Obviously, if there are no guns available such tragedies could be prevented. I suppose this young man might have gone on a stabbing spree and killed a few before someone stopped him.

Somehow, I think the idea of shooting people as a form of vengeance is more likely than stabbing people for the same reasons. Random shooting is a bit like a computer game, simply done and kind of impersonal whereas stabbing is up close and personal.

Times past, people would punch each other to express this kind of angst, not resorting to murdering innocent children with a set of guns in one’s hands.

Reason needs to prevail. Gun ownership needs to be limited and tightly controlled. Surplus guns need to be rounded up over time and destroyed.

Automatic weapons need to be the exclusive province of the military and certain police units. Qualified hunters need to be free to have hunting rifles. Hand guns should be strictly permitted and only granted to those who are qualified to handle them and have a vital legitimate need to have them (Editor’s note: this is the case in Portugal).

If such actions were taken in the US today they would reduce gun crime significantly and prevent many murders and most of these tragic mass shootings – but only over time. Many years of time, probably not within my lifetime.

Therefore, we need to start making these changes now! I’m emailing this to my congressman first thing tomorrow.

Do you have a view on this article? Please email the Editor at ines.lopes@algarveresident.com

Richard Baily and his wife Jan retired to Portugal nearly two years ago. They lived in California in Cotati, in the Sonoma County Wine Country, just North of San Francisco. They decided to move to Portugal as they enjoy the Portuguese culture, friendly people, great climate, interesting history and reasonable prices. The couple has joined the Rotary Club of Silves to continue their many years as Rotarians. Richard studied psychology and social work. His career included many years as practitioner and administrator in residential treatment with abused/neglected children as well as having a full-time private practice in Marin County, California.