Luís Conceição, the vice-president of the Academia de Música in Tavira, has kindly agreed to make a presentation to members of the Algarve History Association (AHA) on Monday November 18 from 5pm to 7pm in the town’s municipal library.

His presentation examines the history of Portuguese classical music and the talk will include pieces played by Luís himself and also examples from some recordings. This presentation will be a ‘taster’ for a course for adults on the music history to be held in January at the new academy of music in Porta Nova.

The presentation to AHA begins with baroque composer Carlos Seixas (1704-1742). His father was cathedral organist in Coimbra, and moving to Lisbon in 1720, Carlos Seixas met Domenico Scarlatti and became organist in the Royal Chapel as well as court composer. Seixas was honoured by D João V in 1738 but most of his work as a composer was lost during the Great Lisbon Earthquake of 1755.

The classical harpsichordist and pianist João Domingos Bomtempo (1775-1842) studied at the Patriarchal Music Seminary in Lisbon, and unlike his contemporaries, he was not interested in opera. He would be a virtuoso pianist, beginning in Paris in 1801 and moving to London in 1810. Returning to Lisbon in 1822, he taught the young queen D Maria II before becoming director of the National Conservatory. He composed a great number of piano concerti.
José Viana da Motta (1868-1948) was born on the island of São Tomé. At the age of 17, José Vianna da Motta was one of the last pupils of Franz Liszt in Weimar and for some time he followed in Liszt’s footsteps as a touring virtuoso. A composer in his own right, he was also director of the National Conservatory in Lisbon.

The modernist Fernando Lopes Graça (1906-1994) was a fervent opponent of the fascist regime of Salazar. Born in Tomar in 1906, Lopes Graça was heavily influenced by Portuguese folk music. Soon after graduating from the National Conservatory, he was arrested and condemned to internal exile at Alpiarça near Santarém. After the Carnation Revolution, he composed his Requiem pelas vítimas do fascismo em Portugal, first performed in 1979.

Lastly, António Vitorino de Almeida (1940- ) is a contemporary composer and pianist who has directed several television programmes about music. He is chiefly famous as father of the actresses Maria and Inês de Medeiros.
Luís Conceição began his music studies at the age of five at the Algarve Regional Conservatory in Faro. Continuing his music studies in the Universidade Nova de Lisboa (graduation in Musical Sciences), he earned his degree in piano studies at the University of Évora. In his working life, he has taught at music schools in Tomar and the Algarve, and he is currently vice-president and professor of piano at the Academia de Música in Tavira and also teaches at the Instituto Superior D Afonso III in Loulé.

Luís has played in many chamber groups and orchestras and also composes, and his music has been recorded on CD. His style is fusion, with affinity to ethnic, jazz and erudite music. His interests include projects concerning the connection between music, poetry and cinema. He plays in a trio called Trio Osmose.

As vice-president of the Academia de Música, Luís Conceição has been very involved in this summer’s move from its old premises in Rua João Vaz Corte Real, which it has occupied since New Year’s Day 2002, to the vacant ex primary school in Porta Nova.

With all the extra room available in its new home, the Academia will be able to expand its syllabus and will be able to host concerts in its own home. The Academia now offers courses at grade 6, 7 and 8 in guitar, piano, violin, accordion, trumpet and clarinet. At present it has more than 200 pupils and will, of course, grow with the increase in numbers of courses.

Luís and Academia president and colleague Josué Nunes have been playing at weekends in Tavira’s churches for seven years. Their series is called ‘Música nas Igrejas’ and includes guitar music as well as piano music and other kinds.
Tavira is the lucky home of 21 churches, but ‘Música nas Igrejas’ is offered in only São Sebastião, Carmo, Misericórdia and occasionally in the Igreja Matriz of Stª Maria. Concerts take place every Saturday evening at 6pm or 7pm.

The public lecture course on Portuguese composers will take place over the whole of 2014 and during this year Luís Conceição will give 24 lectures. He will cover occidental music from the Middle Ages until the 20th century, and include jazz, world music and electronic music. This course will be open to the general public at a cost of €15 per person per lecture. 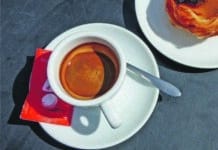 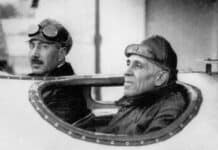 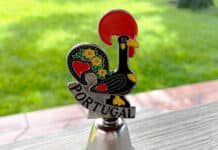