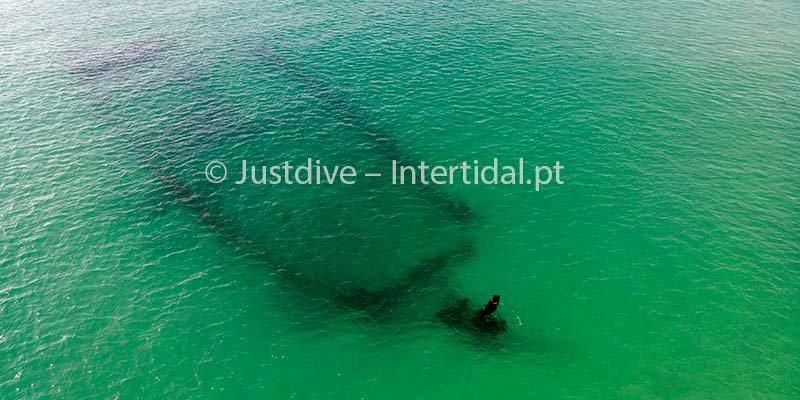 SS Roumania, a British steam ship that sank near Foz de Arelho (Caldas da Rainha) after hitting a sandbank over 126 years ago, reappeared from its sandy grave in January.

The discovery was made by two divers who took advantage of the opportunity to snap photographs of what is left of the 3,387-ton wreck.

The SS Roumania had been built by David & William Henderson Ltd Glasgow, a Scottish marine engineering and shipbuilding company, in Glasgow.

It was powered by two steam motors, with 490 horsepower each, and was an impressive 111 metres long. Owned by Anchor Line Glasgow, it was used to transport passengers and cargo.

The ship went down on the night between October 27 and 28, 1892 while travelling towards Mumbai (India), killing 113 people in what some considered to have been one of the biggest tragedies along the Portuguese coast in terms of human casualties.

At the time, newspapers reported that the ship was carrying 122 people and a lot of cargo. According to a report from February 1893, there were 46 passengers aboard the ship, including three children and five infants, as well as 18 European crew members and 50 Indian servants. Only two passengers and seven Lascars (Indian sailors) survived.

Passengers were mostly military men, missionaries, and civil servants and their family members who were travelling to India, which at the time was under British rule.

The ship left Glasgow on October 19, 1892 en route to Liverpool where passengers and cargo were brought onboard. It left Liverpool on October 22 and started its journey to India.

Reports suggest that the pilot was replaced at the Point Lynas lighthouse (North Wales) by another from Lisbon, although it is possible that no other pilot boarded the ship.

When Roumania finally approached the Iberian Peninsula, it encountered a strong storm. To make matters worse, it was likely difficult to spot the lightbeams from the Berlengas and Cabo Carvoeiro lighthouses, although it is impossible to establish why the ship veered from its route.

In a bid to possibly save fuel, the ship travelled between the Berlengas islands and mainland Portugal when it would have been much safer to travel several nautical miles away from the islands.

What’s certain is that the ship went off its course around 20 nautical miles, and at around 1am on October 28, hit a sandbank just south of Foz do Arelho. The motors stopped working after a few seconds and the ship got stuck. Some claimed that the SS Roumania had hit rocks a few moments before and that water started leaking into the ship.

But the situation became dire when the ship started being destroyed by the strong waves, although it is hard to determine exactly how long after the ship hit the sandbank. An hour seems to be the most plausible scenario.

It did not take long for passengers and crew to start panicking. Many tried to find life-jackets but few were able to. Others tried to use the lifeboats to escape but to no avail. The towering waves slowly started ‘invading’ the deck before the whole ship was engulfed by the sea’s fury.

It is reported that a crew member, wearing a life-jacket, actually instructed passengers to remain in their cabins.

Some say that the captain was among the first victims and tried to commit suicide once he knew what was going to happen.

The seven Lascars that survived provided very contradictory versions of what happened. At first, they claimed that they found a floating lifeboat which they clinged to to make it to the beach. What is believed to be most likely was that they used one of the lifeboats attached to the boat to escape, which they admitted at first but later denied, perhaps out of fear of being accused of not trying to save everyone else. Among the survivors was a Portuguese man from Goa (a Portuguese colony in India) who spoke some Portuguese.

Accounts from the two passengers who survived, published by The Times:
Captain Hamilton:
“I had been in bed all day, for I am not a good sailor, when, at about 1 o’clock in the morning, Lieutenant Rooke, who was sharing my cabin, came down. He had undressed, and was just about to get into bed when the vessel struck. I jumped up at once, and then the vessel struck again, and the engines stopped working. Hastening into the passage, which was already crowded with passengers, I saw my wife, and then I went forward up the companion and across the bridge to amidships. I saw none of the officers there, but only some Lascars who were trying to lower a boat on the port side.

It was drizzling at the time. I saw that I could do nothing, so I found my way aft again. The sea now began to break over the ship, and some of us went into the saloon. Soon after this the skylight of the saloon was broken, and we all moved up the passage further aft. My wife asked me about the life-belts, and I went into three cabins, but did not succeed in finding any. I had just found an ulster for my wife when the third officer came down and told us to remain below. The water began to put the lights out one by one until, at last, only one solitary lamp was left. At length that, too, went out, and we were left in utter darkness. From that moment, the scene almost beggars description. So long as I live, I shall be unable to erase from my memory the awful horror of that time. Volumes of water came crashing through the cabin walls, and the agonized shrieks of the women and children rang through the darkness. We were dashed about the cabins and were unable to offer any resistance to the power of the waves.

Then I felt a terrible blow on my head, and I became insensible. I remember nothing more until I found myself floating on the water on the seaward side of the ship. I succeeded at length in getting a desperate hold on a board which had been driven against me, but the force with which I was dashed against the wreck compelled me to relinquish my grasp. I floated about at the mercy of the waves; and, in order to allow of freer action in swimming, I cast off my clothes. I was tossed about for some time, and at length a wave carried me on to the beach. When I got ashore it was low tide, and the waves on the shoreward side of the vessel were by no means strong. I am thoroughly convinced that if there had been any organization on board the boats might have been lowered and the passengers saved.

Our inability to find life-belts in the cabins deprived us of another means of escape. I should like to mention that the ladies behaved in a splendid manner. Until the last light was extinguished in the cabins not a sound escaped their lips.”

Lieutenant Rooke:
“Since our start we had experienced nothing but strong head winds, accompanied by excessively rainy weather. On Thursday, however, the wind abated and we all thought we were in for a good time. On Friday, about 1 in the morning, the weather was what I may describe as squally. We had all turned in to our berths, and I was undressing, when suddenly the vessel, which was proceeding in a leisurely fashion, struck. Thinking some accident had occurred in the engineer’s department I put on my dressing-gown and went on to see what was the matter.

I found that the ladies had all rushed out of their cabins, in a wild state of alarm, eager to learn what had happened. I tried to reassure them by saying that it was, in all probability, nothing serious, but they remained unconvinced, and I was unable to avail their fears. I then hailed the bridge, and, as no answer was made to me, I went on deck. By this time enormous seas were breaking over us, and tons of water were pouring down the companion ladders. I found, to my horror, that the foot-bridge communicating with the hurricane deck had been already smashed to pieces by the action of the waves. Descending to the main deck I watched my opportunity and then, by making a sudden rush, I succeeded in reaching the hurricane deck.

Then, for one brief moment, I saw the captain standing on the bridge, clad only in his pyjamas. The next minute he was washed overboard. In a few seconds, as it seemed, the bridge, too, was washed away. The Lascars lay about the deck moaning in their terror. Three English sailors made a desperate attempt to launch the forward boat on the port side, but their efforts were useless, and they were compelled to abandon the attempt. From where I stood, I could distinctly see that we were close into the shore, for there were no fog or rain at the time, and the night was not particularly dark.

As I heard no orders given, I resolved to return to the cabins and tell the passengers that I feared all was over with the ill-fated ship, and that each must do his best to reach the shore. On my way, however, an enormous wave washed me overboard, and, although I am by no means an expert swimmer, I soon felt my legs touch the ground. In a few seconds, I was standing on the shore. I must then have fallen asleep, for on coming to myself I could see no trace of the vessel. I went along the beach to try and find some of my comrades in distress, and soon came across a Lascar, by whose side I sat down and rested. Afterwards I continued my search and found six more Lascars. We all sat down and waited anxiously for the dawn, when we were able to make a complete search. We found Captain Hamilton and a second Lascar, who had been severely injured.

I think the reason of the others not escaping death is that they could find no life-belts. Then, again, they were so knocked about in their cabins – where they were all told to remain by one of the ship’s officers – that they had no strength to swim ashore.
Another reason was that the ship had heeled over seawards, so that as soon as they were plunged into the water they were probably dashed back again against the vessel’s side.” 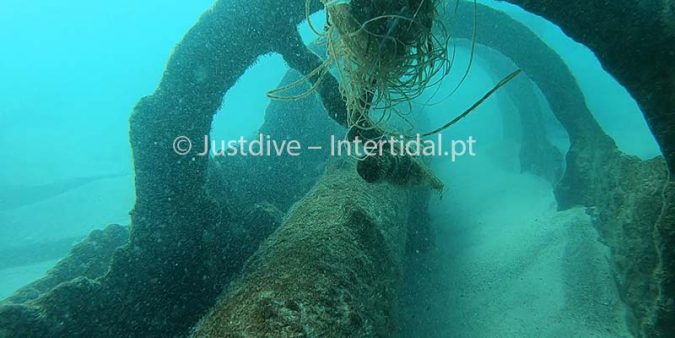 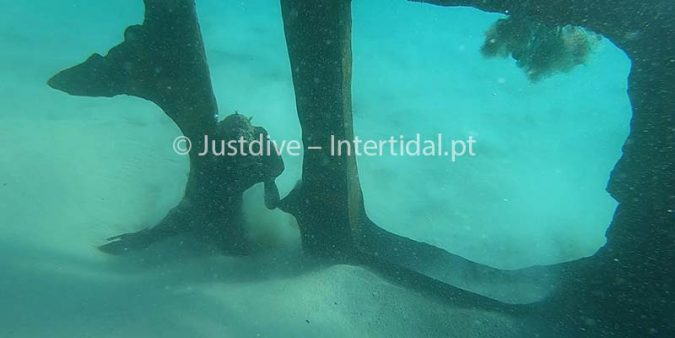 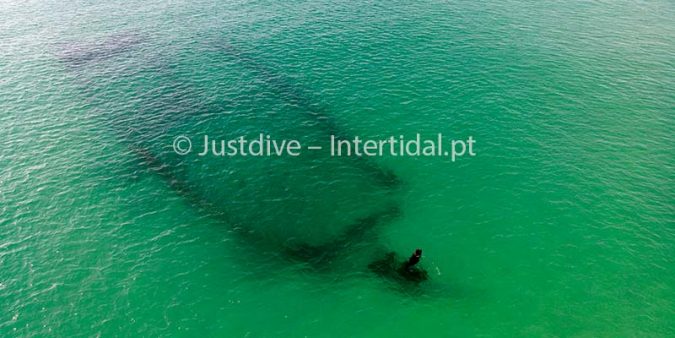 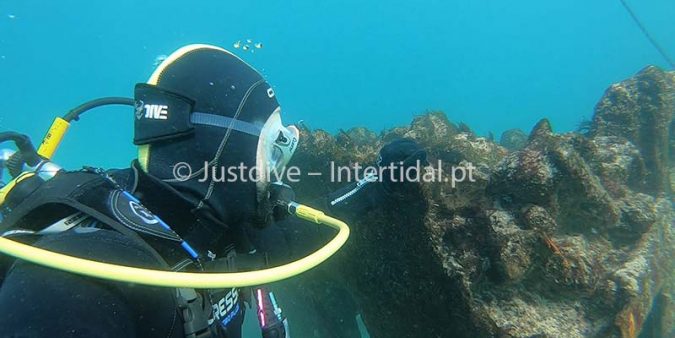 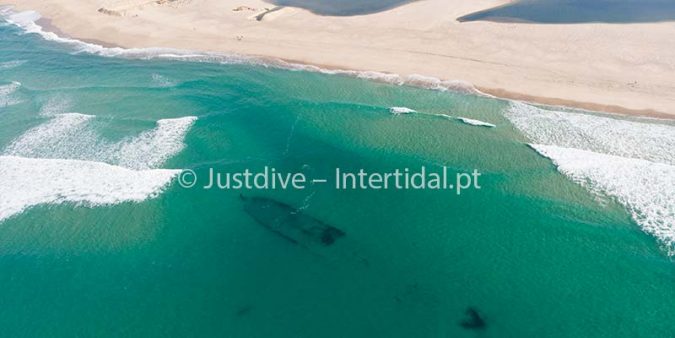