When it comes to making fine wine, geography is viticulture’s partner. In the Douro, the interior region of Portugal where grapes are grown to make Port wine, this partnership often becomes a wrestling match.

Today, as we drive to the Douro in an effortless hour or two along dramatically engineered European Union-funded motorways, it is easy to forget that, for centuries, the Douro was remote and inaccessible. The contemporary traveller almost flies through stunningly beautiful landscape, which, at times, resembles a quattrocento painting of Tuscany. Off the main highway, narrow roads wind through valleys with steeply terraced vineyards and the occasional lost-in-time wine village.

Although the grapes used in its production are grown in the Douro, Port has traditionally been aged in ‘lodges’ in Vila Nova de Gaia, opposite the city of Porto, from where it was shipped to export markets around the world. Proximity to the Atlantic Ocean provides a cooler, gentler climate than the baking hot Douro.

Transportation is indeed central to the history of Port. Before the motorways, the main route out of the Douro for Port was down the dangerous eponymous River Douro. Casks of Port were taken by oxen-drawn carts down to the river and loaded onto flat-bottomed ‘barcos rabelos’. Teams of skilled oarsmen navigated the fast-flowing river and many rapids, often losing a couple of casks overboard or even, sometimes, their own lives. The return journey upstream was arduous, the boats dragged by oxen onshore.

Technological innovation eventually came to the aid of Port shippers. In 1873, construction began on a railway connecting Porto to Barca d’Alva on the Spanish border. Much of the track follows the bank of the river and several ‘quintas’ (farms in Portuguese) were favoured with their own railway station. Steam ships permitted faster delivery of Port across the oceans, reducing the probability it might reach its destination in deteriorated condition.

The Douro is considered the world’s first demarcated wine region. Sebastião José de Carvalho e Melo, more frequently known as the Marquês de Pombal, had been appointed Prime Minister, by King José I, after the devastating Lisbon earthquake of 1755. Pombal was as brutally single-minded as the king was weak. After launching a plan to rebuild Lisbon, incorporating innovative anti-seismic construction techniques, in 1756 Pombal created Real Companhia das Vinhas do Alto Douro (today the Companhia Geral da Agricultura das Vinhas do Alto Douro). The Companhia was essentially a state monopoly, with powers to fix prices, raise taxes, regulate the production of Port, and ensure its authenticity.

A series of ‘marcos pombalinos’, or stone pillars, were erected to delimit the boundaries of the region within which production of Port was permitted. The Companhia’s regulation of production was not, however, always an example of enlightened governance. Corruption seeped in, an oligarchy developed, and many fine mansions were built. Nonetheless, Pombal’s regulatory innovations in the Douro later served as a model for other European wine regions.

The Treaty of Windsor, signed in St George’s Chapel, Windsor in 1386, cemented an alliance between the two great trading nations of Portugal and England which has lasted to this day. The treaty provided political stability for the export of Portuguese wines to England. Gradually, a colony of English merchant shippers gained prominence in the port city of Viana do Castelo, and later in Oporto, as Porto was known to the British.  The sea voyage to England could take many weeks, particularly if winds were unfavourable. Fortifying Portuguese red wines with brandy could ensure they arrived in better condition. The English developed a taste for these strong, sweet wines and, over time, a ramp was created for the development and sale of Port.

The British community prospered and began to live in considerable style. The British Consul, the architect John Whitehead, was commissioned to design an elegant social club. The Factory House, completed in 1790 on what was then Rua Nova dos Ingleses (the present-day Avenida Infante Dom Henrique), echoes neoclassical Northern English architecture and still includes among its members many descendants of the original shipper families. These British families – Warre, Taylor, Fladgate, Yeatman, Symington… – were joined in Porto by a number of Flemish, French and Dutch merchant shippers. Two families with Dutch origins remain prominent: the Van Zellers and the Niepoorts. Port has always been an international affair.

Joseph James Forrester was a talented member of this community. Forrester spoke fluent Portuguese, a rarity for an Englishman of the period, and was equally an accomplished artist, photographer and, above all, cartographer, who travelled extensively in the Douro Valley and knew every stretch of the river. He was granted a Portuguese barony for his meticulous mapping of the region.

Dona Antónia Ferreira, scion of a Portuguese Port-shipping family, had a powerful personality and a strong head for business. At a time when women had few, if any, opportunities, ‘a Ferreirinha’ (‘Little Ferreira’) built an empire of 24 ‘quintas’ across the Douro. In addition to improving the state of her properties and the quality of their wines, Dona Antónia was an employer whose liberal social attitudes towards her workforce were far ahead of the standards of the day.

Forrester and Dona Antónia, who had both lost their spouses, became close friends, though the exact nature of this relationship is still the subject of debate in the Douro. On May 12, 1861, the pair took a boat downstream from Dona Antónia’s most splendid property, Quinta do Vesúvio. At Cachão de Valeira, a narrow and treacherous white-water rapid, the boat capsized. Forrester was dragged beneath the racing current, weighed down by a money belt full of gold sovereigns. Dona Antónia survived, kept afloat by her ample crinoline.

At the turn of the 20th century, some of the leading Port shippers began to make quality non-fortified wines, first reds, then more recently adding excellent whites. Most notable perhaps among these producers are Niepoort and Symington Family Estates, spearheading a movement that is placing Douro wines on the same level as the wines of the world’s greatest wine regions. 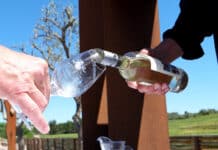 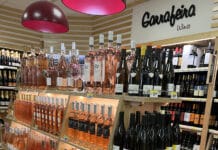 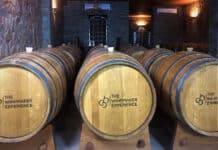 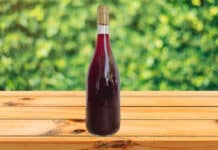 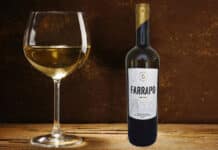 A funky claypot white from the Alentejo