Portugal Resident
Home Portugal News “The hillsides are ours!” Over 1,500 people demonstrate against government plans to... 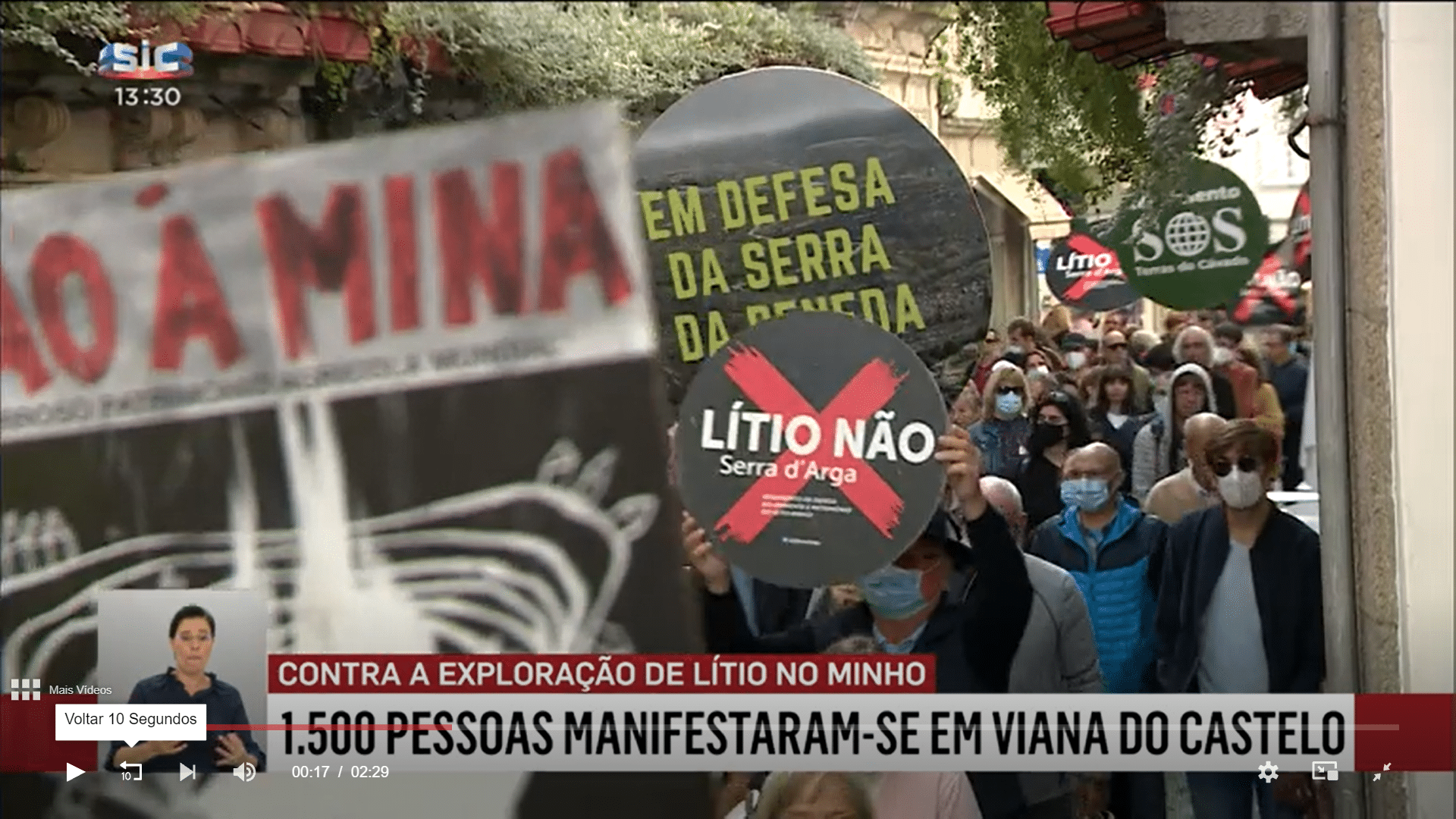 Over 1,500 people – backed by the mayors of five municipalities (four of them PS Socialists) took to the streets of Viana do Castelo this morning to show the strength of feeling against PS government plans to green-light lithium mining in areas of outstanding natural beauty in the Alto Minho.

As reports have stressed, the environmental impact study currently in its public consultation stage “recognises risks for the region”.

But as Vítor Paulo Pereira, Socialist mayor of Paredes de Coura, told reporters covering the protest: “the value of Serra d’Arga is way superior to anything that could come from mining. Environmental preservation is an incalculable value for the future. Whoever has landscape, balance and biodiversity will have inestimable heritage that will be worth so much more than a lot of mines”.

Mr Pereira said he and his fellow mayors have read the environmental impact study and they are not convinced by it.

“It is very limited, very incongruent. It refers to a lot of sources that are 20-30 years old which leaves us a little surprised but even more convinced that we are right. This is what we will be tackling over the next few days”, he guaranteed. “We will take a public position on this, in the hope that the government will listen to us – but more importantly that large mining companies will hear us. We in this area do not want to rely on them. We do not need to be part of these mines. We don’t want these mines, because the ‘economic value’ that could come, eventually, will be very much inferior to the economic value that we already have, and which we have invested here”.

The protest, organised by Corema – a group comprising various civic movements – saw a colourful mix of singers, horseriders, musicians and locals, all intent on making their voices heard.

As with so many plans that regions dislike, the ‘veto’ of municipalities is ‘non-binding’ – the government’s argument being that if it considers the project to be ‘in the interests of the nation’, local feeling can be overridden.

But the message today was “Minho united against the Mines”.

Sources for the various movements insist they mean to “show the government that everything will be done to stop this attack from happening”.

The environmental impact report for eight potential areas of exploration was initially set out to hear people’s views until November 10. Due to public outrage at this time-scale, the date has been extended by a further month to December 10.

Says SIC, the report identifies “some risks” but recognises that mining lithium “constitutes an opportunity for society and the economy to evolve towards decarbonisation of the economy and to pursue the strategy of energy transition”.