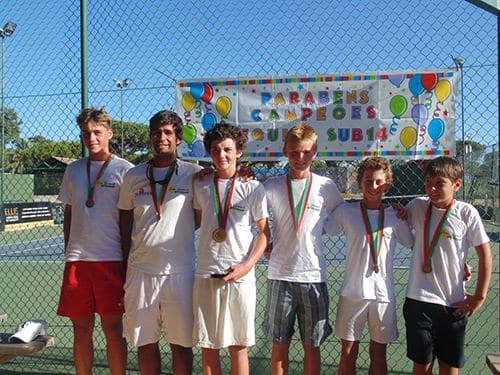 Politicians would do well to undertake the same trip

Having lived in the Algarve for eight years, my partner and I decided to tour the length and breadth of Portugal in our 4X4 taking in as many historical sites as we could within a week.

Starting from Alvor we travelled via the E1 motorway to Fátima, the site where the apparition of the Virgin Mary was apparently witnessed by three Portuguese children, Lúcia, Francisco, Jacinta and thousands of onlookers.

The whole surrounding area is awe inspiring, leaving you with goose bumps and an open ended opinion.

Moving on, we arrived shortly thereafter at a town called Tomar, the place of the Templars, dating back to 1160. After staying in a first class hotel overnight, the next morning saw us climb the hills engaging the castle.

Once inside imagination took over as we trolled through the castle, the monastery and church. Wow! The Knights Templars were once here!

It was then back down into the town heading off to Coimbra.

Coimbra was once the capital of Portugal, is another city, and yet another hill to climb. After a fine lunch we headed towards the university. We are told this is one of the oldest and finest universities in Europe with a history embellishing Roman, Jewish and Moorish cultures.

Climbing back into the car we set off for Braga via Viseu, the home of the Lusitanians, calling on some friends on the way. Arriving in Braga in the late afternoon, we first sourced our hotel and then viewed the local city and its churches and cathedrals.

Next morning it was a short hilly drive to view the fantastic Santuário do Bom Jesus, high on a mountainous hill, a drive that petrified my partner.

Once there the historical site itself calmed all fear; a huge artistic creation of Baroqueness. A photographer’s dream shot.

Next call was Vila Real, high up in the hills once again and the province of Trás-Os-Montes, the Mateus Palace, followed by an overnight stay in Bragança, a scenic medieval walled city. French was also commonly spoken here.

Homeward bound took us to Guarda, a military base once used by Julius Caesar, Castelo Branco, famous for the Episcopal Palace gardens, and Portalegre, a Roman impregnated northern Alentejo city adjacent to the Iberian borders. We stayed overnight in Évora, a city we have visited before and love.

Our final leg took us through historical Beja and Mértola, a small picturesque town surrounded by a huge natural park. It was then over a few hills and dales and into Vila Real de Santo António.

Across the bridge to fill up in Spain, with petrol at €1.34 per litre compared to €1.71 in Portugal. A quick supermarket shop, followed by a return to Portugal on the famous A22, using my Via Verde, home to Alvor. The EN125 we noted was packed.

My Sat Nav had proved useless! Many, many roads, hundreds of kilometres, were under construction from Braga to Bragança, and Bragança to Évora. There was a high visibility of GNR in numbers overseeing construction plant movement. Obviously there is no crime up there in the North!

The EN125 is a joke! It’s as if Lisbon has no interest in the southern parts of Portugal. The Algarve is seen as a holiday place to visit short term only. Restaurants, golf courses and other supporting industries are slowly dying.

The financial input into the government’s coffers could be huge, but investment and support from parliamentarians is urgently required. Perhaps if they undertook the journey we did, they would truly learn something about their own country and see for themselves the great North-South divide they are creating.