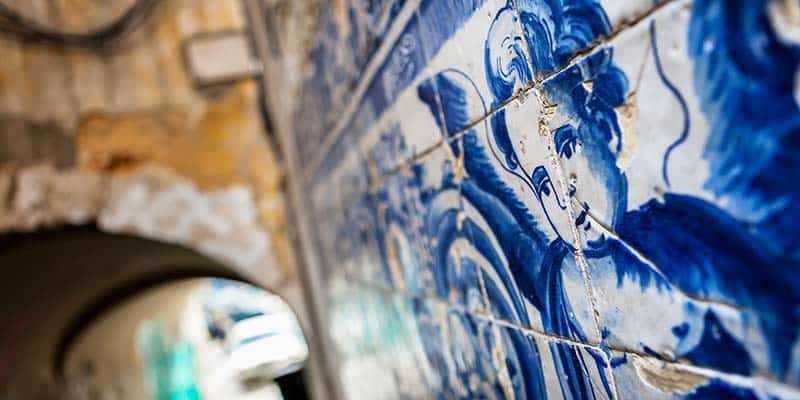 “Lisbon at present is the hub of the western universe, and it must be the most fascinating place in the world” – Irish Times, October 23, 1941. And an article in the National Geographic magazine of August 1941, reported: “Today, Lisbon stands once more at the threshold of great events.”

The German blitzkrieg which swept through the Netherlands, Belgium and France in May 1940 triggered a mass exodus of refugees fleeing south. The total number of people on the move was, almost incredibly, between six and eight million. For those refugees, neutral Portugal was a potential steppingstone to permanent and safe settlement in Great Britain, North or South America, Africa or Asia – in fact anywhere that was not Europe.

The goal for most of these refugees was Lisbon. In Erich Maria Remarque’s book The Night in Lisbon, he quotes the difficulties of getting the paperwork to get to Portugal. “Bordeaux. The Pyrenees. You feel out the border crossing. Retreat to Marseille. The battle to move sluggish hearts as the barbarian hordes come closer. Through it all the lunacy of bureaucracy gone wild. No residence permit, but no exit permit either. They won’t let you stay and they won’t let you leave. Finally, you get your exit permit, but your Spanish transit visa has meanwhile expired. You can’t get another unless you have a Portuguese visa … A vicious circle of madness.”
In population terms, Portugal was small at 7.7 million people and was, therefore, wary of a large influx of temporary residents. To slow down the influx, Portuguese consuls were instructed to get prior approval from Lisbon before they issued visas to stateless figures or Jews.

Despite this direct order and, after wrestling with his conscience, consul Aristides de Sousa Mendes in Bordeaux declared that he would issue a visa to enter Portugal to anyone who asked, including Jews and stateless people – regardless of whether or not they could pay. He wrote: “Even if I am discharged, I can only act as a Christian, as my conscience tells me.” And on June 16, he began signing visa after visa with no questions asked. News quickly spread among the refugees and, for a week, his office was swamped.

After the Franco-German armistice on June 22, Mendes travelled south to Bayonne, where his vice consul was following the orders from Lisbon. Mendes began to write visas in the street, in his hotel and even from his car. The foreign office in Lisbon heard of the consul’s defiance and Salazar immediately instructed him to leave his post in France and return to Portugal. As he was not in his office, he had not seen it personally and he continued signing visas at the Spanish border and he even shepherded a group of refugees behind his car as he drove across the border.

Although German forces had already entered Bordeaux, Mendes continued to receive refugees at his apartment, even giving out forged Portuguese passports. After a week’s hectic signing, he and his wife returned to Portugal, where Salazar had already set in motion disciplinary action against him. The consul believed that he could quickly clear up matters, but he was never granted an audience with Salazar. He was demoted and Salazar’s personal ruling suspended him for a year on half pay and then forced him into permanent and financially crippling retirement.

Streams of people continued to arrive in the country, but leaving Portugal was even more difficult than arriving. Many refugees found themselves for weeks or even months trying to find a way out.

Civilian aircraft arrived from the USA, Britain, Germany, Spain, Italy and North Africa, and, of course, competition for tickets among the refugees was intense. At the time, Lisbon was an open city and allowed correspondents, diplomats, businessmen, the military, secret agents to come and go as they wished. Military parades even saw French, German and British officers on the same saluting platform.

The city was a beehive of activity day and night, as the spies from each side sought information, and the refugees cast about for the ticket and the visas which would allow them to leave.

New arrivals were surprised at the multinational nature of the country, the lack of a black-out and the well-stocked shops. As the war raged elsewhere, Estoril’s golf course and casino thrived. Among those who arrived were the Duke and Duchess of Windsor on July 3, 1940. They stayed in Estoril in the home of the wealthy Ricardo Espírito Santo, the founder of the eponymous bank, where they were the target for kidnap by the German agent Walter Schellenberg.

Espírito Santo was believed to be pro-German, and Schellenberg bribed informers among Espírito Santo’s servants, and soon “knew of every incident that took place in the house”. The unexpected visitors left for Bermuda on August 1 aboard the ‘Excalibur’, an American Export Lines ship; refugees were crammed like sardines, but the royals took their 52 pieces of luggage, four wicker crates of Madeira and port and their Buick with its trailer.

It is unclear how many exiles passed through Lisbon during the war years. It might have been as many as 200,000. According to historian Michael S Marrus, “Lisbon soon became the refugee capital of Europe, the nerve centre of various relief agencies and the principal port of embarkation on the European continent”.

Sources:
– The Lisbon Route: Entry and Escape in Nazi Europe by Ronald Weber
– The Night in Lisbon: A Novel of Fate in Wartime by Erich Maria Remarque