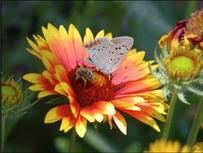 RUMOUR AND gossip are dangerous, infectious and spread faster than they can be denied. Word of mouth has as much power to frighten as the reality to which it refers, and is best nipped in the bud. With Bird Flu working its way from east to west, the media is never short of a headline, the well-researched facts making uncomfortable listening.

However, it is the whisper of hearsay via the local grapevine that sets alarm bells ringing, running like wildfire along the wires, especially where expatriates cling together. This is how I came to spend a morning in March searching the internet for confirmation that Portugal had found a case of H5N1 among migrant birds. While it must be only a matter of time before the flu arrives, this rumour proved to be untrue but will have put the wind up others, beside me.

Already, the Christian fraternity is in the third week of Lent, during which a personal revue of the past year brings to mind how much damage gossip may also do to the Church. This is not peculiar to the Algarve and happens all over the world, especially when everything seems to be going smoothly and pews are full. Sometimes we become complacent and God decides to knock us off our pedestal. For whatever reason, during the past year, the Luz congregation has been dependent upon a series of visiting priests following the resignation of the Assistant Chaplain last Easter.

After a period of sadness at losing a friend, the frequent turnover in pulpit and Chaplaincy House has done more good than harm. While following the same creed, each locum brings a personal approach to worship and bible instruction, broadening our outlook in a way that can only be beneficial in the long run.

Old habits and attitudes die hard, but when the powers-that-be decide we are ready for a permanent incumbent, whoever comes along should find us ready, willing and able. Roll on the day.

Meanwhile, out in the sticks, we are seriously over dogged. Mongrels left behind in the Monte Ruivo valley by an itinerant goatherd have migrated half-a-kilometre up the road, causing us considerable trouble. Two have set up home with us without any encouragement, attracting three from next door and leading Fred astray to such an extent that, from time to time, he has had to be chained. The six ‘yobbos’ form an unruly gang, running riot up and down the lane or into the hinterland behind the house. Perhaps the strays are looking for food, because the owner seems to have vanished and they are hungry. Hosing them down gained us a short respite, but the last resort will be the câmara’s dog catcher and that will be the end of the line for them.

Danger also lurks in the bush and narrow gorges that stretch all the way to Monchique. Hidden snares have been discovered on some well trodden animal tracks – lethal devices made with strong wire, thick rope and a solid anchor point, such as a heavy log or strong tree. The running steel noose designed to throttle a full sized wild boar also catches foxes and dogs. Not always checked on a daily basis by the trapper, pinioned animals suffer a painful and protracted death. Although strictly against the law, the perpetrators are safely protected by tradition and the secret nature of their work.

A worried resident from the country near Odelouca telephoned to say that, while walking their dogs, she and a friend had found two of these traps and wondered what they should do. One might report such a finding to the police, but, in general, the kind and friendly Portuguese people appear to have little compassion where wild animals are concerned, and the GNR has more urgent matters to attend to.

Spring having crept in quietly and without ostentation, the cistus bushes are almost bare of blossom. Usually, they are a mass of crinkled white flowers by late February, but, this year, the bees are hard put to gather enough honey and pollen to prepare their hives for the work to come. After a good fall of rain, the open spaces are covered in sheep grass and small low growing flowers, of which I counted at least 20 different kinds, among them bee and pyramid orchids.

Owing to the shortage of keep, a neighbouring farmer has been running his cattle alongside our property. Everything edible has been grazed to its roots, the rest flattened by the hoofs of these half ton walking steaks. In return, to the dogs delight, there is an endless supply of sloppy cow pats in which to roll and take a passing snack. Having dealt with that, there is the problem of the parasites to which the cattle are hosts. Larger than those carried by sheep and extremely active, their ticks have a resilience that makes me wonder how cattle egrets digest them once swallowed. They also attach themselves to humans.

On one occasion, the Boss and I were picnicking beside a lake in France, sitting on fallen eucalyptus bark. Suddenly, we realised it was alive with an army of these hungry insects, all after our blood. Under the fascinated gaze of some fishermen nearby, we threw off our clothes and reverted to type, monkey style examining every nook and cranny for illegal immigrants.