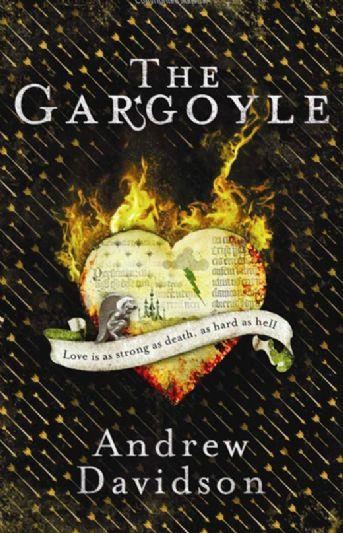 At first sight this unusual novel may not seem your ‘cup of tea’ but I would recommend giving it a try. The nameless and handsome narrator of ‘The Gargoyle’ is driving along a dark road when he is distracted by what seems to be a flight of arrows. High on cocaine and with a bottle of whisky in his lap, he crashes into a ravine and wakes up in a burns ward, undergoing the tortures of the damned.

In her telling, he was a badly burned mercenary and she was a nun and a scribe who nursed him back to health in the famed monastery of Engelthal.  During the long months of his treatment and slow recovery, his boredom and frustration with the morphine drip control are alleviated by Marianne’s visits.  At first he believes her to be a fellow hospital patient from the mental health section and borrows books on manic depression from his hospital psychiatrist.  However, as she spins her tale, Scheherazade fashion, and relates equally mesmerising stories of deathless love in Japan, Greenland, Italy and England, he finds himself drawn back to life and in love for the first time.

The prose is bold and exquisitely written in this metaphysical mystery and the detail of burns treatment and the history of manuscript creation in medieval times is fascinating.  I found this debut novel by a talented and imaginative writer absolutely compelling and am looking forward to his next book.