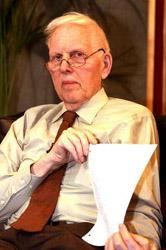 NORMAN KEMBER has now returned to Britain after a four-month ordeal at the hands of Iraqi kidnappers. Special Forces in Iraq rescued Kember and two others shortly after another American hostage, Tom Fox, had been found murdered. We can only be grateful for Kember’s safe return, a sentiment that most sane people would share.

Kember’s return triggered a mixed response. At his home in Middlesex, he was inundated with flowers and goodwill messages. But the British media berated him for his ingratitude to his rescuers, as did General Sir Mike Jackson, the head of the British forces. In a formal statement to the press, Kember did eventually thank his rescuers. He also said he needed time to reflect on his mission. In particular, he said he needed to work out if he had been “foolhardy” or “rational” in undertaking his trip to Iraq. That is where I have to bite my tongue.

Kember comes from a long line of humanitarian left wing peace activists and their allies in various umbrella groups. The same campaigners march in Campaign for Nuclear Disarmament (CND) rallies and innumerable anti-war demonstrations. The faces in the crowd may change but the prominent names remain the same – notably Bruce Kent, Tony Benn and Jeremy Corbyn. They have opposed every war in which Britain has participated in over the last 25 years: the Falklands conflict, the two Gulf Wars, as well as Afghanistan and Yugoslavia. That is their prerogative.

But the same right to demonstrate was banned in all the countries whose regimes British forces opposed – whether it was Argentina under General Galtieri, Iraq under Saddam Hussein or Afghanistan under the Taliban. I do not dispute the sincerity of their conviction, but allow me an Inspector Dreyfuss-like twitch when they repeatedly declare themselves “in favour of peace” – as if those who backed military action in the aforementioned conflicts somehow support war as a matter of principle.

In a way, the British Prime Minister was right when he spoke of higher judgement in these matters. Nobody can reach a final judgement as to whether a conflict is really justified or not. We now know the consequences of the invasion of Iraq – three years down the line, Saddam Hussein has been removed from power and free elections have taken place, albeit amid mounting chaos. We will never know what would have happened had action not been taken.

Perhaps a leading member of Saddam’s circle, tiring of the relentless sanctions and international isolation, would have placed a strategic bullet in the tyrant’s head. Or perhaps Saddam Hussein would still be in power today, free to continue the repression of his people.

What conflict would they support?

There is a wearisome predictability to the activities of these peace activists. They may resent the label ‘pacifists’, but it is difficult to envisage any conflict they would support. The same people who constantly claim “jaw jaw”, not “war war”, would no doubt have applied the same rule to the conflict with the Nazis. They would rather negotiate with the enemy, irrespective of its immorality, rather than wage war. They always view capitulation as the preferred alternative to military muscle. For these people, the greatest evil has always been wicked America and its cohorts.

It’s interesting to note Bruce Kent’s comments about Norman Kember’s release. “Messages came from all over the world, from all sorts of organisations and people. Most remarkable, perhaps, was that we had a message from an alleged terrorist in a high security prison, and even from a proscribed organisation in Egypt. It was all very heartening and very helpful.” But nowhere did Kent make mention of the heroic actions of the Special Forces who rescued his friend.

Bruce Kent also claimed that his friend’s mission has highlighted the situation in Iraq. I beg to differ. The media has been bombarding us with news about the deteriorating situation in Iraq, including the dangers of abduction. I would say that Kember’s mission has highlighted the foolhardiness of undertaking such missions in the first place. In the end, he created needless danger for himself and those around him.

• Gabriel can be contacted via e-mail at gabrielhershman@hotmail.com