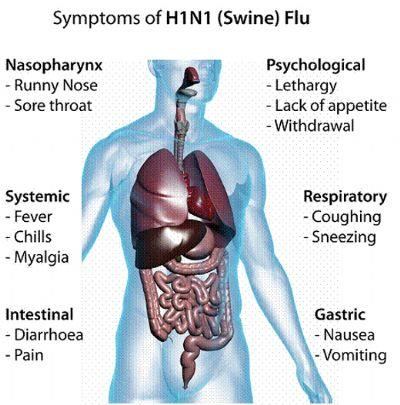 Drª Maria Alice is a consultant in General and Family Medicine, and is Director of Luzdoc International Medical Service in Praia da Luz, near Lagos.

I was going to write about the new virus but, so much has been said, good and bad, that I thought a new perspective could be interesting. So I asked our Nutritional Advisor to approach the subject from her point of view. I am sure you will find it as interesting as I did.

We are now among an unfamiliar state of a global flu pandemic and with tourism reaching its peak within the Algarve community, one wonders if good hygiene, just by itself, offers adequate protection. There appears to be confusion arising pertaining to conflicting opinions and information encased in media resources. Clearly we need to know what level of preparation is reasonable and what are the consequences of inadequate preparation, therefore prevention is a practical and sensible route to take.

There are various types of flu virus and only the genes from the same type can re-arrange to make a different form of the virus, hence the strange new mix of ‘Eurasian Swine Genes’ are the reason the ‘H1N1’ is different, meaning that the adaptive ability for our immune system has not yet had the chance to programme itself to combat the situation, allowing for easy transmission from person to person.

The symptoms of swine flu can vary from that of seasonal flu in that it has the ability to reach deep into the respiratory system and even as far as the intestines, the foremost being the most common route of entry by inhaling large numbers of droplets containing the virus, the secondary route of transmission is from physical contact by the hands which then inadvertently touch the nose and mouth.

Our natural defences are governed by resistance or susceptibility of the population to the virus and the type of immune response offered by each individual.  The first line of our immune defence is at the mucosal surfaces of the gastrointestinal and respiratory tracts and this is provided by an anti body called ‘Secretory Immunoglobulin A’ (abbreviated to SIgA). It is at these tissue levels where more than 95 per cent of infections are initiated, furthermore its function prevents antigens, or the attacking bugs from becoming established within these tissues by binding and excreting them into the bowel for evacuation, additionally SIgA has the ability to inhibit the production of virus’s and neutralise proinflammatory antigens.

The aim is to try to maintain SIgA levels, the probiotic ‘Saccharomyces Boulardii’ has been shown to be effective in human and animal studies by acting as a promoter and increasing the levels of SIgA, consequently enhancing immune tolerance as well as restricting viral adhesion.

Vitamin D (the sunshine vitamin) has profound effects on human immunity including the prevention of influenza, furthermore it modulates the immune system which might otherwise become over reactive.  Even living on the Algarve and benefiting from the sunshine does not excuse us from the importance of optimising vitamin D for therapeutic purposes through supplementation.

Colostrum Supplementation has successfully been studied and shown to aid the prevention of flu episodes.  In many cases flu starts from the intestinal tract and by approaching prevention, established protection may be one of the advantages given by colostrum.

It is worthwhile to note at this stage that it is not advisable for the individual to go and buy these supplements without seeking professional advice, moreover if anyone suspects symptoms of H1N1 influenza they must contact their doctor for relevant guidance.

The advice provided is based on current scientific reviews, animal and human studies.  It must not replace advice from your medical practitioner.