Portugal Resident
Home Business Money The Federal Reserve meeting, US dollar strength, and what it means for... 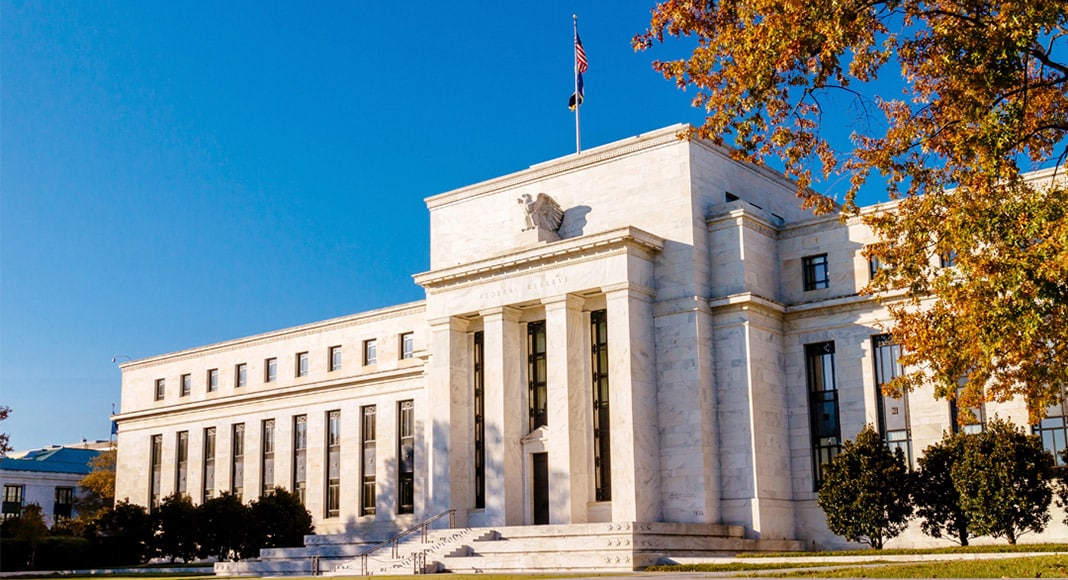 It’s been an explosive week for most major currencies. Starting off reasonably stable, everything took a turn for the volatile on Wednesday. All due to one key event.

The FOMC (the Federal Open Market Committee — a unit within the US Federal Reserve) met on Wednesday. The result of the meeting was an announcement that the Federal Reserve planned to raise interest rates sooner than expected.

Previously, the plan was to raise rates in 2024. But thanks to the US’s unbridled economic rebound from the pandemic, and worse-than-anticipated inflation data, the Fed has forecasted that it will raise interest rates as soon as 2023.

In a press conference on Wednesday, Fed Chair Jay Powell displayed some optimistic sentiments about the near-term future of the US economy.

“There’s every reason to think that we’ll be in a labour market with very attractive numbers, with low unemployment, high participation and rising wages across the spectrum.”

An economy back to normal would allow the US central bank to tone down its stimulus packages, potentially start tapering (slowing down printing money), and raise interest rates.

Another reason why interest rates increases are being pushed forward is due to inflation. Economic growth is, in a way, a double-edged sword. As consumers have more money in their pocket, they’re more likely to spend it. This leads to an overall rise in the price of goods. In other words: inflation.

Central banks raise interest rates to tackle this. It’s sort of a way to cool down an economy.

So, that’s what’s been happening in the US. But what impact has it had on the rest of the world?

Major currencies shift
In the aftermath of the Fed’s announcement, the value of the US dollar saw a sizable upswing. The dollar index, which measures the currency against its major counterparts, gained 1.5% across the week. It’s heading for its best week in nine months.

But good news for one currency inevitably means bad news for another currency. And as such, we saw the pound-to-dollar and euro-to-dollar exchange rates take huge falls in response to the announcement on Wednesday.

From Wednesday afternoon to Friday morning GBP/USD had fallen from circa 1.41 to 1.39 and EUR/USD had tumbled down from 1.21 to just over 1.19.
Following suit

Now that the Federal Reserve has shown its plans for tighter monetary policy, many in the UK are now looking to the Bank of England to follow their American friends’ lead. If the UK’s central bank does follow suit (which it is tipped to do), then sterling is likely to recover some of the losses that it lost against the dollar last week.

The Federal Reserve and the Bank of England are far more likely to raise their interest rates before the European Central Bank do.

Privalgo Currency Specialist Spencer Nixon suggests that the reason for this goes back to the Credit Crunch of 2007, and the ECB’s historic disinclination to increase rates. Southern European countries still owe lots of euros to the European Central Bank. Due to this, raising the cost of borrowing could pose more problems than solutions.

Pound-to-euro feels the upside
Perfectly displaying how the world’s currencies are so closely interconnected, the pound-to-euro exchange rate actually saw an increase on Wednesday.

GBP/EUR pushed up not due to any pound of euro strength or weakness, but because of the increase in the value of the US dollar. On Wednesday, the pound-to-euro rate rallied to 1.17, largely courtesy of the euro-to-dollar rate being pushed down to 1.20.

This means that the direction of the currencies on either side of the English Channel could well be determined by what happens to the dollar in the coming weeks.
What does this mean for me as a British expat?

If you’re a British expat living in Portugal, you’d be justified in having concerns about regularly exchanging currencies.

After all, if this week has taught us anything, it’s that events that you have no control over — like the Fed planning to increase interest rates — causes ripples that affect countries and currencies the world over. And in turn, impact the value of your money as you move it from one country to the next.

But there are ways to avert these risks. A good currency broker, like Privalgo, would be able to offer you solutions that enable you to hedge against this volatility. More specifically, to lock in favourable rates of exchange for certain timeframes. Should anything happen in the currency markets that goes against your favour, your exchange rate remains consistent.

We’re Privalgo — specialists in foreign exchange. We are authorised by the Financial Conduct Authority (FCA) as an Electronic Money Institution. (Reference number: 900887)
Through leading exchange rates, zero hidden fees and innovative solutions, we help Brits save money and time when they move to Portugal. Get in touch today to see how we can help you build a rewarding foreign exchange strategy.