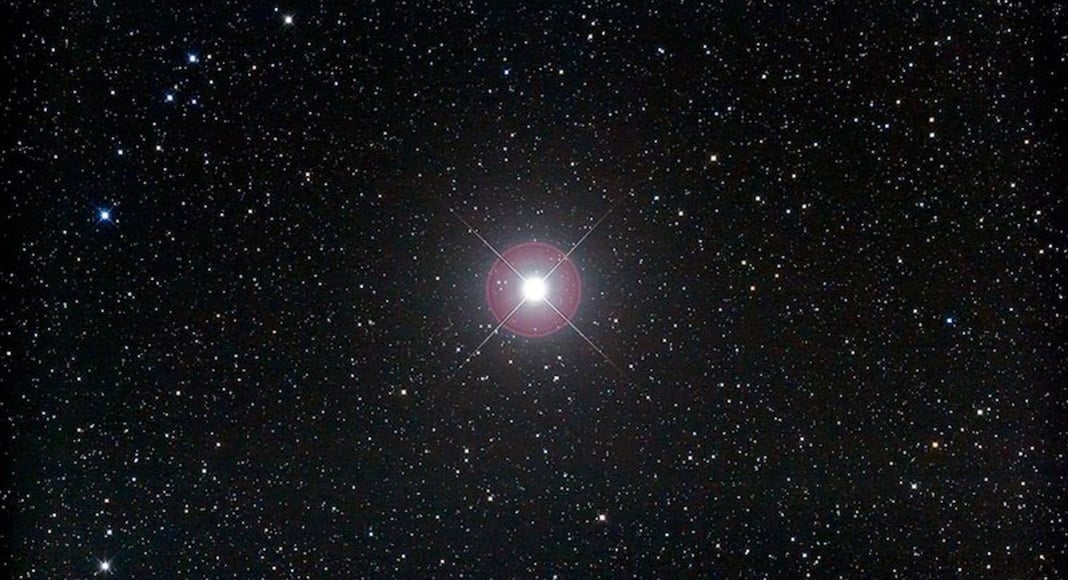 Welcome to the February night sky. This is one of the coldest months of the year in the northern hemisphere and we also have a shortage of bright planets visible in the early evening sky.

Mercury and Venus are too close to the Sun, and Jupiter and Saturn both in the constellation of Capricorn are also lost deep in the Sun’s glare. We still have Mars visible in the constellation of Aries, but it is fading fast as its orbit takes it rapidly away from the Earth. On the evening of the 19th, the first quarter Moon will be seen just below the red planet Mars and this will help to locate it.

Overhead during the dark February evenings, two bright stars of Gemini, called Castor and Pollux, can be seen. Looking down towards the south, the brightest star in the night-time sky, called Sirius in the constellation of Canis Major, can be seen.

If you live south of latitude 37 degrees and have a sea southern horizon, you may spot the second brightest night-time star called Canopus in the constellation of Carina. This is a white star, but when seen at such a low altitude above the horizon, it will flash with a reddish colour.

Meanwhile, back on Earth, Elon Musk’s SpaceX adventures continue with the launch of SN9 testing the free-fall maneuver to simulate re-entry and vertical tail landing of his stainless steel Starship. This is something straight out of science fiction and would have been thought of as impossible just a decade ago.

Starship SN8 previously failed on landing, so hopefully SN9 will be 100% successful and it is due to test fly in early February. There appears to be at least 17 Starships currently produced, with a plan for a production run of around 1,000.

There is interesting development from Rolls-Royce who are constructing small modular reactors for power production in the UK. Apparently, these can be adapted to fit the Starship and this will allow it to travel to the red planet in half the time of a traditional chemical rocket.

As the UK is now free from financial commitments to the European Space Agency, the UK has an opportunity to develop its own spacefaring organisation, with Space Port planned for Cornwall and Scotland and, potentially in collaboration with SpaceX, a nuclear-powered Mars colonisation programme could be launched from the UK, possibly in the next 10 to 20 years.

Nuclear interplanetary propulsion is twice as fast and, therefore, twice as safe for the crew, exposing them to cosmic radiation and microgravity for far less time. By using chemical rockets only for take-off and landing, it is in engineering terms simpler and more reliable.