Portugal Resident
Home Original The EUSTD – the devil in the detail 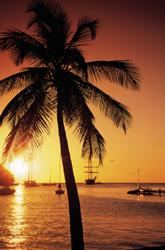 THE EUROPEAN Union Savings Tax Directive (STD) came into force on July 1, 2005. There were 14 years of negotiations between Member States prior to its signing, along with plenty of press coverage monitoring the progress of the discussions.

Many thought that this would never come about, but it has. The STD is a reality. Its aim is to retrieve the billions of euros undisclosed by non-declaration of tax due, much of it previously ‘hidden’ in offshore bank accounts. With the Directive starting to bite this year, I thought it was time to remind The Resident readers of the rules.

In essence, the STD is an agreement between EU Member States to automatically exchange information about interest yielding bank accounts and certain other investments held in one EU country, where the investor is resident in another. This exchange of information is known as reporting.

For a transitional period only, and in order to remain competitive, Austria, Belgium and Luxembourg have an arrangement for the tax to be deducted at source. This is known as a withholding tax or retention tax.

As well as these three Member States, Jersey, Guernsey, Isle of Man, Switzerland, Andorra, Liechtenstein, Monaco and San Marino will also apply a withholding tax to EU citizens instead of automatic exchange of information.

The information included in the automatic exchange is name and address of the account holder (beneficial holder), full bank details (payment agent), the capital in the account usually as at December 31 – and the interest credited in the previous 12 months.

Whether you are subject to reporting or withholding tax, you are still obliged to declare the details on your tax return.

The STD affects anyone who is a resident with a permanent address in any EU country and who has savings and investments in the EU or a Member State’s dependency. Among the reasons to be excluded from the STD is if you are a charity, company or partnership, or if your affairs are held in a suitable trust structure which meets certain rules.

The definition of interest in the Directive is a broad one. Apart from bank and building society account interest, it includes corporate and government bonds, PEPs, ISAs and premium bonds. If you live outside the UK and hold any of these, you should report them on the tax return of the country where you are resident.

Among interest or income that is excluded from the withholding tax or reporting are dividends received on the ordinary or preference shares of a company, occupational and personal pension payments, insurance payments and life assurance, other purchased life annuities and discretionary trusts.

If you are in doubt, you should contact a professional tax adviser who is fully aware of the tax laws of the UK and the EU country where you live.

It doesn’t all stop between EU countries either. Individual EU Member States have signed agreements with Anguilla, Aruba, the British Virgins Islands, Cayman Islands, Montserrat, the Netherlands Antilles and Turks and Caicos Islands. The US has also agreed to supply information on request.

Don’t ignore this. The EU is determined to expand the number of countries with which it has agreements for the exchange of tax information. Indeed, the G20 countries have pledged their support to the international clampdown on tax evasion and money laundering. Soon, nowhere will be safe from the taxman’s demands and banking secrecy will be extinct.

If any of the facts in this article concern you and you also wish to avoid the punishing 35 per cent withholding tax on your savings, then you need to take action. There are legitimate, carefully structured financial planning arrangements available to reduce, mitigate or entirely eliminate tax levies on your capital. It is in your interest to find out more about them without delay.

• To keep in touch with the latest developments in the offshore world, check out the weekly news update on our website, www.blevinsfranks.com