In our last article, we discussed the pre-eminence of the English Factory at Lisbon. The Factory was not a manufactory, but an association of merchants or factors in a foreign port, and English Factories existed in the ports of many different countries, and other nations arranged their merchants in similar factories.

These establishments would be better called associations since they were not legal entities but usually known as the “Consul and the factors”.

The consul was appointed by the Crown, and although he might not be a merchant himself, he performed duties on behalf of the British government. The ill-defined nature of the legal arrangements of the Factory led to difficulties for the Consul (who could not be certain of receiving the necessary financial support from the factors), but also allowed the Factory members to claim a high degree of protection from the British Crown, while conversely demanding immunity from control by the British government.

English merchants had resided in Lisbon since at least the 15th century and, by 1500, there was a considerable number of factors, or agents of English merchants. They also had a chapel, in which in 1471 D Afonso V had ordered them to display one of his decrees. It is probable that this chapel (named after St George) also served as their meeting house, while a part would have been reserved for divine service, and its sanctuary later provided an area safe from the clutches of the Inquisition.

The English Factory at Lisbon probably grew after an influx of merchants in 1580 from the factory at San Lucar in Andalusia. Certainly, the petition to the new King Philip in 1583 made by John Taylor looks very much like another from San Lucar. Taylor is described as “merchant and foreigner, president of the chapel of the blessed St. George in Sam Domingos and confraternity of the English merchants”. He appears the next year as “consul of the English, Scots and Irish”. This terminology seems to acknowledge a combined British identity well before its political creation. The British community continued to function despite the war between Spain and England, which came to an end only in 1604.

Elements of the Factory at Lisbon probably existed by 1617, and it was serviced by Consul Hugh Lee, who required eight assistants to deal with “a turbulent community of young and disorderly fellows”.

New regulations provided for the delivery of merchants’ letters by captains of ships to the consul’s house; for the loading of ships, freight charges and the carriage of passengers; for contributions against expenditure and the relief of the poor, or subjects of His Majesty who might arrive in distress either by shipwreck or pirate depredation.

From 1657, the affairs of the factory were in the efficient and effective hands of Consul Thomas Maynard, but, on his death in 1688, the merchants asserted their independence from consular and royal control. By 1660, there were 60 English merchants or factors at Lisbon who were accompanied by numerous assistants and apprentices. By 1717, there were about 90, and they did as much business as all the other foreign merchants together at Lisbon. This business included trade in the gold and diamonds, which were being exported from Brazil. The peak years of this trade were 1700-1750.

The importance of the British community was out of proportion to its numbers, but more in proportion to the growing number of British ships using the port, and also due to Lisbon’s position as the centre of the Portuguese Empire. In time of war, Lisbon was a necessary port of call for British warships and, by 1713, there was an English military hospital in the capital, as well as countless tippling houses. The English cemetery was inaugurated in 1717.

English merchants were treated with “respect and civility” by Portuguese, but the Inquisition opposed the holding of Protestant services, except in the Embassy, which was covered by diplomatic privilege. The English Factory was a very powerful group of foreigners, not only in Lisbon, but also in Porto and other major ports such as Faro. The size and wealth of the English Factory is well illustrated by the history of the English John Bristow.

In 1738, the new Portuguese ambassador to the Court of St James had arrived in London. He was Sebastião José de Carvalho e Melo, much later known as the Marquês de Pombal. He borrowed money to prepare the Embassy building in London and, in 1747, John Bristow MP lent him money to repay his creditor the sum of £2,437. By the middle of the century, Bristow was a director of the South Sea Company and, by 1754, he was perhaps the foremost British merchant in the Portugal trade (which included Spain, South America and the West Indies).

In January 1752, Portuguese customs officials at Lisbon suspected that gold bullion was being smuggled on board an English ship. Clearly thinking that Bristow was engaged in this contraband bullion trade, a customs officer came to his house to inform him that the ship was to be searched, and there ensued a confrontation between sailors and customs men. His fellow Factory members felt that he had overplayed his hand, but Bristow counted on his friendship of Pombal and, by the early spring of 1752, Pombal had intervened in favour of his English friend, asserting that the consequences to Portugal would be grave if the bullion trade to England were stopped.

Because Pombal had respect for Bristow’s commercial expertise, in February 1753, the king agreed to grant to John Bristow for six years the European monopoly to sell Brazilian diamonds. It appears that Pombal soon after learned that Bristow was still in secret partnership with the New Christian Francisco Salvador, Pombal’s former demanding creditor in London. This discovery permanently damaged their relationship.

In the earthquake, and subsequent tsunami and fire of November 1, 1755, over 10,000 people died in Lisbon, and its effect on most of the survivors was disastrous. An excerpt from an eyewitness account of the fire, which consumed the city in the aftermath of the earthquake, applies to Bristow: “‘Tis likewise generally believed that Mr Bristow’s house, which was an exceeding strong edifice, built on vast stone arches, and had stood the shocks without any great damage farther than what I have mentioned, was consumed in the same manner. The fire in short may be said to have destroyed, by some means or other, the whole city, at least everything that was grand or valuable in it.”

One of the consequences of the damage caused by this disaster was that Bristow could no longer fulfil his contractual obligations in the diamond monopoly, and the arrangement was terminated in 1756.

In the wake of the disaster, in November of 1755, Bristow and his partners were asked by the Treasury in London to “procure provisions” for Portugal and, in December, they were appointed to provide money for “the relief of those distressed in Portugal including British subjects”. They were to be paid £100,000 to cover all expenses.

We find Bristow writing to Prime Minister the Duke of Newcastle in September 1761, acknowledging that he was unable to remit to the troops of Gibraltar the money that had been paid to him for that purpose; the sum in question was £18,000, and he asked for time to pay.

At that time, he showed that his estate at Quidenham in Norfolk was worth about £36,000, and that sums owed to him in Portugal exceeded £120,000, “and of that sum there is due from the Crown of Portugal more than treble what he stands indebted on account of his contract for remitting [to] the garrison of Gibraltar”. In December 1761, he is described “hurt in circumstances”, meaning that his financial status was damaged, clearly as a result of the losses he had incurred as a consequence of the earthquake.

When in May 1763, Bristow returned to Portugal in order to attempt to collect the debts due to him, he took with him a letter of recommendation from the Secretary of State, the Earl of Egremont, to Edward Hay, the British envoy in Lisbon. On many occasions, Hay went with him to see Pombal, who received them in a friendly fashion, but who always found reasons why the Crown’s debts could not be settled.

The continual pressing of Bristow’s claims by Hay proved to be futile. In 1765, he again wrote to former Prime Minister Newcastle to ask for government help in securing his rights against the king of Portugal; and, in 1767, he wrote to ask the Treasury to remit the payment of interest on his debt of over £17,000.

This request was granted “in consideration of the great losses which the memorialist has sustained by unavoidable misfortunes”. Bristow did not stand in the parliamentary election of April 1768, and died on November 14 that year, at the age of 67. He was buried in Lisbon in the new English cemetery, and it is clear from the inscription that the gravestone was paid for anonymously.

After the earthquake, people who owed money to others pretended to be, or really were, incapable of raising the money to pay their debts. The estate of Manuel Gomes de Carvalho e Silva, deceased, formerly Lieutentant General of the Navy Yard, an official of the crown of Portugal and for some time also a contractor to the crown, owed Bristow’s company a very large sum.

The heirs pleaded that they could not pay the company until they had been paid by the crown of Portugal 14 sums totalling 105,504$577 reis, or £29,673 3s 3d in “folhas” or debentures, which carried interest of six and a quarter per cent. As Gomes had assigned the folhas to Bristow in 1755, Bristow was entitled to the payment of them from the crown of Portugal totally independently from any other settlement of accounts. There were further sums due from Gomes’ estate which bore the same interest rate, and these were assigned to Bristow, who was also owed considerable sums amounting to over £120,000 by other subjects of the king of Portugal. In March 1766, the matter of debts owed to Bristow was in the hands of three judges, and by October 1766, Bristow had been paid a sum of only between £7,000-£8,000 by debtors other than the crown.

Bristow was, of course, not alone in suffering financial loss as a result of the earthquake and the subsequent tsunami and fire, but the amount of money owed to him by the king and others was so large that the outcome was that he had lost his whole business in Portugal and had to borrow against the debentures in order to live. His debts were eventually settled in 1792, nearly a quarter of a century later. His creditors in England were also the losers by the inability or refusal of the crown of Portugal to honour its debts.

The earthquake was a major blow to the English Factory, and the difficulties experienced by Bristow characterised those of the community as a whole. While the English community in Lisbon gradually regained its importance, during the invasions of Portugal by French troops during the Napoleonic Wars, the Lisbon English Factory was wound up and ceased to exist.

The golden years of 1700-1755 were of huge importance to the growth of the British trading empire, and those merchants who had business in Lisbon in those years made immense fortunes; some of them, like Bristow, came to grief. 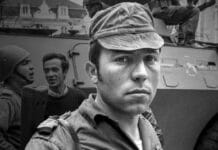 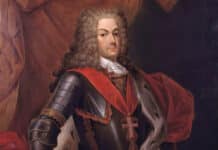 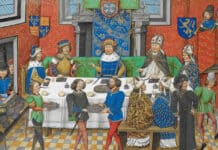 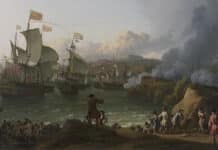 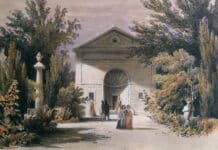 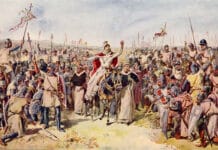