Portugal Resident
Home Original The end of the road 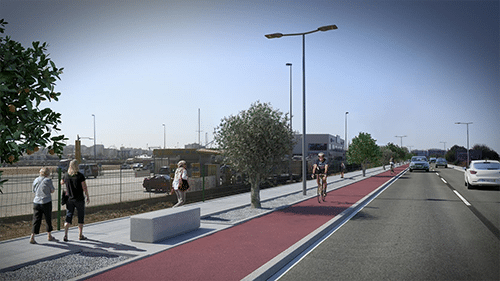 Fans were queuing up to get into Portimão’s refurbished stadium on Sunday night for their club’s must-win encounter with Marítimo.

By 8.15pm, almost 4,000 packed the stands to see captain Ricardo Pessoa lead his men into battle. Two early scoring opportunities for the home side were followed by a balanced half, but Portimonense returned to dominate following the interval.

In the 62nd minute, Pessoa took on the Marítimo defence on his own before laying the ball off for Ivanildo to score with ease. Unfortunately, subsequent celebrations quickly became subdued as news filtered through that rivals Setúbal had also taken the lead against Sporting in Lisbon.

As full time approached, the picture did not change in the Algarve nor in the capital. Having secured the necessary three points, Portimonense were forced to accept that Sporting had failed to achieve a similar result at the Alvalade condemning Carlos Azenha’s men to the drop before the last act of the drama could be played out this weekend. The season on the big stage had come to a premature end.

Among the tears, the Portimão coach summed up the situation as follows: “The team played good football. We wanted to go to Setúbal for the big showdown and to be relegated in this way seems very unfair.”

After the conclusion of this weekend’s league programme, quite a few of Portimonense’s leading players will no doubt be packing their bags. The remainder will remain, maybe under Azenha’s guidance, to take on the likes of Santa Clara and Estoril in the Liga de Honra. Hopefully it will not take the Algarveans another 20 years to regain top flight status!