Portugal Resident
Home Society Opinion The end of an era 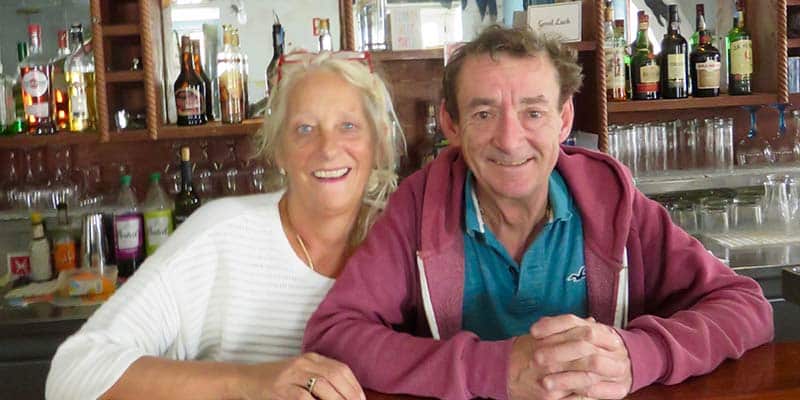 Part of the adventure of being a resident of a foreign country is that you don’t have the network of friends, relations and coworkers that you had when you lived in the town where you grew up or had roots. In fact, many of our hometown friends and particularly family thought we were “crazy” or “very brave” to be moving away to such a foreign place as Portugal. Well, to be honest, it is a little scary to show up in a new situation where you don’t know many if any of the locals.

When my lovely wife and I showed up in the small village of Santa Bárbara de Nêxe, we knew nobody. Our neighbours in our small apartment building were quite helpful and friendly, but still we had very little social life and had to work to find our way around and to discover what was going on.

Luckily for us, there was a small pub in the centre of town called Julie’s. With nothing much happening, we stopped by Julie’s for a glass of white wine and a beer, and were immediately greeted by Julie herself, a very outgoing even boisterous hostess.

Julie Ancell, with a mane of blonde hair and a big laugh, seemed genuinely interested in what we were up to. After finding out that we weren’t Canadians but actually Americans, she still managed to make us feel welcome.

Her partner Martin Dono, much quieter, almost reserved, was behind the bar. It took us a while, but we came to appreciate Martin’s wry sense of humour and practical knowledge.

Over the next few weeks, Julie made it a point to keep us informed and introduced us to many of her regular patrons, who turned out to be mostly Brits. That’s right, we found a unique British pub, with umbrellas and outdoor seating right in the middle of a Portuguese village. While it’s important to integrate as much as possible with the native way of doing things, it’s also nice to have an oasis where your comfort zone is a bit more relaxed.

As time went on, we found that we relied on Julie’s as the centre of much of our village life. It was nice to be able to just pop in and have a drink with our friends Julie and Martin and maybe a couple of other folks not unlike us, who were just dropping by. The ladies had a regular gathering every Monday evening called the 501 Club because that was the time the gabfest got started, and my lovely wife has attended regularly ever since.

The men met at a Portuguese pub around the corner. That is where I learned about some British men’s apparent obsession with buying rounds of drinks. The first time I showed up, a group of guys were sitting outside on the terrace discussing football, which I still persist calling soccer. I strolled inside and purchased a small Sagres and came back out and joined the group, with my tiny beer in hand. Nobody scowled but I did get a few “looks”. I didn’t know it was customary to buy a round upon arrival. I soon learned.

The next blokes to arrive came to the table with an appropriate number of Sagres and Cristal. Soon I had a line of two or three bottled beers (all full size) in front of me. I drank as fast as I could. Since then I’ve developed a trick. If a round has been purchased before my turn, I wait and then get the next one without ordering a brew for myself. This allows me to catch up or at least keep up without actually sliding under the table.

Julie’s became our social centre. We’ve made some good friends, some of whom we see mostly at Julie’s. There were quiz nights, Christmas, New Year’s and Halloween parties … We watched royal weddings and World Cup matches on “the telly”. The ladies never forgot a birthday and regularly supported various charities.

In fact, Julie’s became the unofficial site of the Santa Barbara Smile Club, which was originally organised by Lynda Fury, who was also a founding member of the 501 Club.

With Lynda’s leadership and Julie’s enthusiastic support and hard work, the pub became the base where people went to support local schoolchildren, the firefighters and the Macmillan Cancer Fund. Julie was always sure that records were properly kept and that all the effort was with proper registered charities.

The bad news is that, after six years, Julie and Martin have decided to close and move on with the next aspect of their lives together. While there’s promise that a new British-style pub will open in a few months, run by a mysterious fellow named Gary, it obviously will never be the same. Before the Julie era, the bar was known as Sezer’s and before that it was BJ’s and run by Barry the butcher, who also sold pies. Julie and Martin will still be in the neighbourhood and plan on renovating their villa in nearby Canal, but it’s still a time of mixed emotions.

As Lynda explained, “What I will miss the most is the friendliness and fun, with Julie and Martin always being there. We had lots of really good nights there and it gave us all a real sense of community.” Doug Fury, her husband and the pub’s quizmaster agreed. “It was very important to us to have a true British pub, where everybody could get together,” he said.

Quiz nights were always an adventure for my lovely wife and me, who were the very worst to be teamed up with since most of the questioned were “British-centric”. For example, once we were confronted with a page of 15 photos of famous English pantomime stars. Not only had we never seen or even heard of the comical theatrical shows, but we were looking at 15 faces of people we never knew existed. We were no help. However, we always got the American questions right, which were usually one or two per evening.

In reaction to the closing, “the other Dougie” Doug McAuslan, who also usually provided the music for most of the social events (especially a great Halloween set including “Monster Mash”) was philosophical. “Change is something we have to deal with, isn’t it,” he said. “And we’re very grateful for them running the bar, which was a real expat social centre, in such a positive manner. Julie did lots of good work for charity and we had a place where we could always just drop by. My wife Terri would often stop off for a cup of coffee while running errands in town.”

And so it goes. As Julie commented as she cleaned up the pub on November 4, the day after the farewell party, which lasted until 4am: “One door closes, and another door opens. I’m looking forward to being part of the party without working.”

Martin agreed. “It’s a strange day of mixed emotions, but I believe it was time to move on.”

I know ol’Pat will miss the ambience that could only be found in a unique little pub called Julie’s. Now that they’re retired, Julie and Martin are invited over to dinner at our place next week, when we’ll serve them food and drink instead of vice versa.