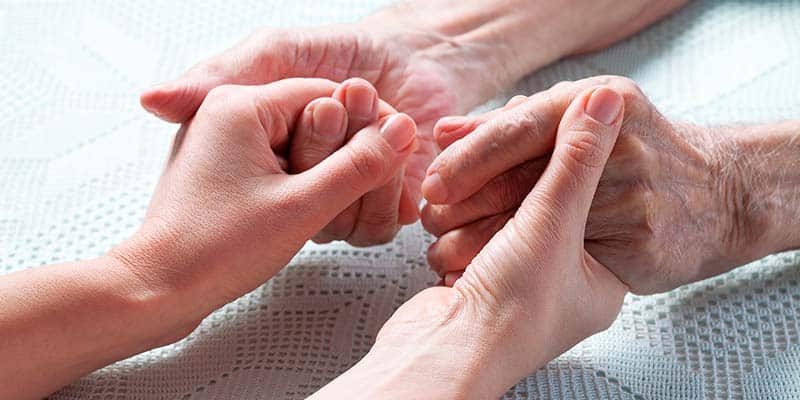 Dementia is a progressive illness that has preoccupied philosophers and physicians for many centuries, yet there’s still no known cure and it continues to afflict an increasing number of people in Portugal and around the globe.

The World Health Organization (WHO) defines dementia as a syndrome in which there is deterioration in memory, thinking, behaviour and the ability to perform everyday activities.

About 50 million people in the world have dementia and there are as many as 10 million new cases expected each year. Although it mostly involves the elderly, dementia is not an inevitable part of growing old.

The effect of aging on human cognitive processes was the subject of much philosophical deliberation in ancient Greek and Roman times. It was studied by Pythagoras in the sixth century BC and by Hippocrates, the “father of medicine”, who lived between the fourth and third centuries BC. Plato and Aristotle both had profound but often conflicting views on the aging process and cognitive decline, though Plato carried on writing up to the grand old age of 80 and Aristotle to around 62 in an era when life expectancy was about 30.

The Roman philosopher Cicero in the first century BC put forward the reasonable theory that cognitive decline could be offset by vigorous mental activity.

During the Middle Ages, religion stifled medical studies, and renewed efforts were not sparked again until the 17th and 18th centuries, in the “Age of Enlightenment”.

The notion that those with severe mental problems were possessed by demons and should be locked up in lunatic asylums or even executed persisted into the 20th century, despite the humanitarian attitudes of such specialists as the French physician Philippe Pinel and the pioneering work of German psychiatrist Alois Alzheimer.

Dementia is a generic term for a group of related illnesses, the commonest being the one named after the German psychiatrist. Vascular dementia is the second most common.

Mental illness is taken much more seriously by the general public nowadays than it used to be. Those who scornfully used the term “bird-brain” probably didn’t realise it was they themselves who were being stupid. Birds have very complex brains.

The cells in a bird’s brain interactively organise with extraordinary precision how the bird communicates with other members of the same species through characteristic calls and song, how it finds a suitable nesting site either singly or in colonies, and how it manages to fly individually or in flocks across unfamiliar terrain.

Some species manage to migrate thousands of kilometres and turn up at just the right time to prepare for breeding in the very same spot they used the previous year. This and much more in each bird is dependent on one or two billion brain cells called neurons.

A honey bee has less than a million neurons in its brain, which measures just one cubic millimetre but operates far faster than the most advanced computers. The neuron cells allow bees to stay in touch with one another using their own distinctive language, remember where to find their favourite pollen and display extraordinary aerial agility.

We humans pride ourselves on being the most intelligent of mammals because of the relative size of our brain and the presence of some 100 billion neurons in the frontal part known as the cerebral cortex.

Several types of neurons work in conjunction with other cells to send and receive electrochemical nerve impulses that transmit with lightning speed all sorts of messages to different parts of the body. In short, neurons are the key to everything we think, sense and do from birth to death.

Under normal conditions, our neurons continue to function well into old age, but abnormal events such as strokes may kill certain neurons, with serious and irreparable consequences – including the onset of dementia.

While the causes of particular and sometimes mixed forms of dementia may be somewhat different, the effects are rather similar: loss of short-term memory, confusion when trying to carry out basic daily tasks, inability to solve problems, misplacing or losing small items, not always recognising friends, not remembering names, uncertainty about time and place, trouble understanding straightforward events.

Such frailties usually worsen with time and even if the progression is slowed by medications, it may be accompanied by increased anxiety, depression and aggression. Except in the early stages of dementia, these symptoms are likely to be more severe than having “senior moments” such as making bad judgements now and again, occasionally forgetting an appointment, getting the time or the day wrong but getting it right a little later, temporarily struggling to come up with the right word.

It’s estimated that in ancient times only 3% of the population in Greece or the Roman Empire lived to the age of 65. Since the early 20th century, life expectancy globally has risen dramatically due to the advances in medical treatment.

According to WHO figures from 2018, average life expectancy is Portugal is now 78.3 for men and 84.5 for women.

The main lifecycle problems in Portugal currently are that this country has one of the lowest birth rates in the world and state social care is extremely underfunded while professional private care is expensive if not unaffordable.

In seeking a second term in the October 6 general election, the popular Socialist prime minister, António Costa, has put both of these matters high on his campaign agenda.

As the size of our aging community rapidly grows, it is encouraging that medical technology is improving internationally and understanding of all forms of dementia is increasing.

Meanwhile, it is far from easy for those with dementia, their partners, families, friends and carers to cope, but cope we all must do as best we can.