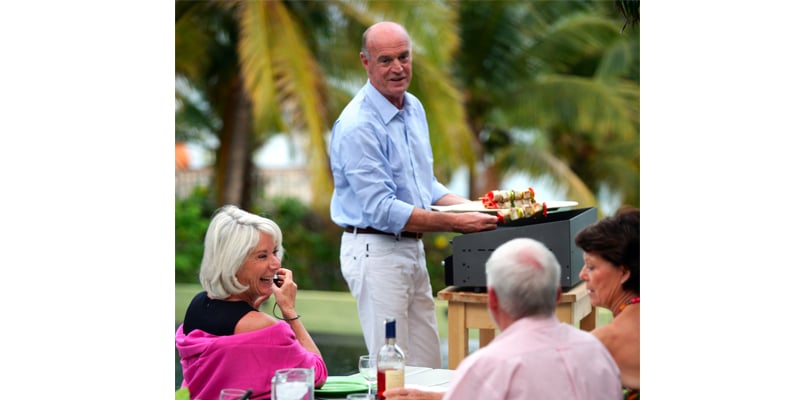 There seems to be an ongoing debate over the correct use of the term expatriate, or expat for short. This is worrisome for someone like ol’Pat who doesn’t want to have to change his self-declared title.

I mean “Pat, the Immigrant” doesn’t retain its amusing redundant pun-like quality. This could get confusing for my regular reader if I have to constantly redirect my focus and status in order to come up with a different pseudonym like “Ike, the Immigrant” or “Vick, the Visitor”, or “Mick, the Migrant”, or “Ralph the Refugé” or “Al, the Alien”.

So, what am I? I mean besides a very popular, terribly insightful and often amusing columnist for the Algarve Resident. Come to think of it, what is the proper definition of a “resident”, besides someone who reads the best English-language newspaper on the southern coast of Portugal? Enough already – you know who you are, or do you?

Okay, let’s get down to definitions. An immigrant is one who left his or her country of origin to become a permanent member of the population of another country. In other words, it is a permanent change to residency with no plan to return. It is derived from the Latin word immigrante, which means to remove or to move in.

On the other hand, an expatriate is someone who plans to return to the country of origin or wishes to. It comes from the combined Latin terms ex or “out of” and patria meaning “country”. There is also the French derivation of the word expatrier, which means being banished.

I don’t think that many expats consider themselves exiles who could never go back, even if they wanted to. But what about refugees? You know, like the problem on the American/Mexico border right at the moment… If they don’t plan on going back ever, then they’re immigrants.

So, let’s take my lovely wife and me as examples. When we were much younger, we taught school in the Bahamas for two years. We even had a return ticket included in our contract. That made us official expats. Then decades later, upon retirement, we moved to and even bought property in Panama. The key in this instance was that we retained our American citizenship and our US passports. Our return was implied. We weren’t escaping the States (Trump wasn’t president back then, 12 years ago) and we weren’t escaping anything, so we weren’t refugees.

However, we did not return; we moved on to the scenic, historic and affordable Algarve region of Portugal. When people ask us how long we plan to stay, our answer is “for the foreseeable future”. That’s not necessarily forever, which should mean that we once again qualify as expats. You could say that makes us travellers or, as my lovely wife once noted, “two lost souls, wandering the world”, but not immigrants.

Spelling also counts. Some people pronounce and even think of the term as expatriot – someone who doesn’t love their country anymore. Well, that’s not true. We consider ourselves, first and foremost, Americans. Now that position is somewhat difficult to defend at the moment, what with the Trumpster baffling the rest of the world by irrationally attempting to rule by fiat based on whim, but that’s not why we left. We’re here because it’s so nice. The weather is usually delightful and the cost of living (in other words – getting along on our retirement income) is still quite reasonable.

By the way, more and more other Americans are finding out about Portugal, maybe even at an alarming rate. Membership of expat social groups has more than doubled over the past couple of years, with more on the way as Portugal tops a number of published lists of desirable destinations and good places to retire.

As a writer, I considered submitting positive travel articles to publications back in the States, but decided against it, in a vain effort to keep our new place of residence a relative secret for a bit longer. I do tell my more conservative friends back home that the Portuguese government is basically Socialist in a coalition with the Greens and the Communists, and enjoy watching as their heads explode.

Do we sometimes feel a bit alien? Of course we do. For me the language seems almost impossible and I still can’t get used to looking into my rearview mirror and seeing the nostril hairs of the driver behind me. On the other hand, I can see the Atlantic Ocean from my terrace on yet another sunny day.

So, what about our British friends? You know, the ones who have been coming here for decades if not centuries and who are responsible for making the Algarve English-speaking friendly. While many reside here rather permanently and own businesses and villas with swimming pools, many are visitors who stay for only a few weeks or months.

Can we really call them expats or, even, should we? After all, they’re citizens of the EU. Hey, wait a minute, that could change. Then they’ll definitely be expats.

For me, being an expat is a state of mind. We’ve found some place where we like to live, where the weather is agreeable and the wine is excellent and inexpensive. We all are, after all, citizens of the world, with plenty of attractive places, with friendly people, colourful locales, interesting history and experiences to enjoy. For the time being, we readers of the Resident have chosen the Algarve and we’re lucky to have the freedom to make such a choice. At some point we may emigrate, but that’s another story.

By Pat, the Expat
|| features@algarveresident.com