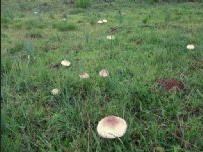 The perishing spell of bitter weather experienced a few weeks ago in a Portuguese house designed with long hot summers in mind brought a chill to the bones that no amount of local heating dispelled.

More than anything, I was reminded of the cold I felt as a newly volunteered WAAF (Women’s Auxiliary Air Force) in February 1942. Dispatched to an airfield in the middle of nowhere and accommodated in a corrugated iron Nissen hut with coke stove: sleeping on a narrow iron cot in a line of 20 others each furnished with straw filled pillow and mattress, the similarity may be hard to spot. It is that in each case a single source of heat was considered enough to keep the occupants warm. Neither a wood burning fire in Portugal nor, 65 years ago, a coke stove ‘somewhere in England’ met the needs required. If global warming is a fact and not just something in the mind, it must be happening somewhere far south of the Algarve.

As an elderly Grumpy harking back to early childhood our winters had icicles hanging from the eaves, windows opaque with indoor frost and chilblains wherever flesh was exposed to the elements. It was the natural order of things and never failed us in the north of England and sometimes, later in life, we were snowbound on the edge of the Mendip Hills in Somerset from time to time.

The climate over here appears somewhat confused and if the Superbikes and Formula 1 teams testing at the Mexilhoeira Motorpark were expecting a dry track and pleasant weather, they will have been disappointed. Contrary to my earlier comment that the noise of engines was negligible, it is proving to be intrusive and for those living close by it must be very unpleasant. The offer of cut-price viewing during team practice goes some way to ease the pain, and it would be even better if locals living within 10 kilometres were allowed to watch for nothing.

Meanwhile, as soon as we have rain, anything from a light shower to a down pour, we continue to suffer breaks in the power supply that play havoc with computer work in progress. Today there were six outages, writing was lost in between ‘saves’ and nerves reduced to shreds despite the protection of a UPS (Unlimited Power Supply) device which eventually gave up trying.

This changeable weather, bitterly cold for days followed by copious rain and mudslides underfoot, has brought a wide variety of fungi to the surface almost overnight. From micro to macro and each perfectly formed according to the species, many of the more colourful are to be found among Cistus roots and around dead vegetation.

Fly Agaric is plentiful this year. These members of the Amanita family contain the hallucinogen Muscimol and were for centuries eaten by the Koryaks in eastern Siberia as a means of escaping their miserable living conditions.

Also popular in Britain during the 60s and 70s they were used by experimenting youngsters, two of which I almost tripped over when riding through a forest in England. Propped up against a couple of pine trees with fragments of crimson Magic Mushroom on their outstretched legs, they were far gone, up with the fairies in a world of their own. While it is said to take 15 of these handsome fungi to kill an adult, another member of the same Family kills painfully and quickly. Known as the Death Cap, it has a similar appearance to edible mushrooms found in fields and woods almost anywhere in Europe. Any that I pick locally I give to an amateur mycologist living further up the hill who enjoys them for breakfast, so far with no adverse effects.

Another Christmas past, another daughter returned to England after a week of rest and recuperation. The house feels empty despite the obvious presence of Millie the shag pile bitch who dogs my footsteps, leaves snippets of new mown grass all over the house and in bad weather makes herself at home under our bed.

Although many changes have been made in our valley and neighbours moved on, the small holding across the river has been occupied by the same couple for at least 50 years. While no longer farming and their children all gone, they continue to slaughter a pig from time to time and keep a few goats for milk and meat. This I know because I found the hind leg of a goat minus flesh lying under one of our palm trees. This was a new experience for Millie unused to coarse country ways. A neighbour’s dog brought the unwanted limb to enjoy on our patch, had eaten his fill and no doubt intended to return later. I found the bitch making short work of what was left and gave it a decent burial.

The following day she rejected her supper, was miserable and unable to settle anywhere. Wandering from room to room and obviously uncomfortable she had us really worried. By Friday we decided she should see the Vet, but neither of those we use was available. After an uneasy weekend there were signs of improvement until, having disposed of whatever was causing the trouble – perhaps a shard of bone or a hair ball, Millie was back to normal.