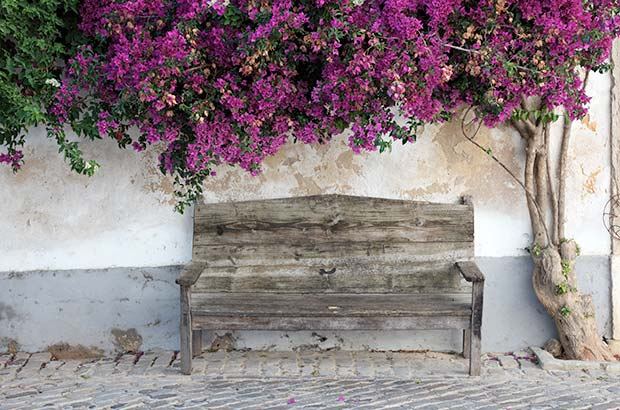 Everybody in Portugal and many around the world are deeply concerned about the fires burning after an unusually hot and dry summer season. We’re all praying for rain, so everybody in this beautiful country can feel safe and secure, once again.

What’s interesting is that Portugal right now is also receiving all kinds of positive attention when it comes to travel and tourism. Portugal and the Algarve in particular are becoming the latest “in” spot on many bucket lists.

Pat, the paranoid expat, is worried, because all this good press could mean that a much greater number of people, all over the world, are finding out about the positives we residents have known all along.

What does that mean? Well, it’s quite possible it means that more and more people from places like France, Germany, (gasp) the United States and, yes, Russia will start actually coming here like our old friends from Great Britain have been doing since the Anglo-Portuguese Treaty of 1373.

Many residents, some for decades, have considered Portugal a hidden gem among the countries of Europe for retirement, vacations and living an EU lifestyle. Now, thanks to relentless sunshine and low prices, Portugal, and especially the Algarve, has become more like a jewel-encrusted tiara sticking out above the heads of previous “best European destination” winners like Greece, Italy and our near, dear neighbour and friend, Spain.

Not only has Portugal recently won over a third of all the so-called tourism “Oscars”, with the Algarve receiving the most mentions, but this little country sticking out in the Atlantic on the edge of Europe has just been declared the third safest country in the world. That’s good, right? Well, yes, but when you consider that the Algarve has much warmer weather than number-one Iceland and is much more accessible than faraway number-two New Zealand; that makes number three probably the most desirable safe haven for people who don’t appreciate being shot at while on holiday.

With many more visitors interested in coming due to the added exposure in the media, the question then becomes, where are they going to go? This past summer, the hotels were sold out during the hot months. Therefore, the answer to that is to build more hotels.

The local EN125 roadway already seems to be operating at capacity even after all the improvements we waited patiently in traffic jams to complete. Could a few hundred more caravans circling all the new roundabouts slow things down any more? How about thousands? Is the A22 even showing signs of actually attracting toll payers?

Is ol’Pat being selfish? You bet I am. For one thing, I’m a renter and, with increased demand, rentals will go up. Naturally, if you’re a home owner, it’s good to know that property values are rising, except you don’t want to sell because you already live in one of the most desirable destinations in the world. Where are you going to go? Will it be safe? See what I mean?

My lovely wife and I like to go out to lunch and/or dinner, and it’s fun to be casual and just drop by when the spirit moves us … you know, without reservations. Now and in the foreseeable future, all those bucketlisters are going to get hungry and want to sit at noisy tables of eight demanding service from your favourite waiter.

For anyone who’s been back to London or New York recently and experienced “sticker shock” when the check’s been presented, coming back to Portugal is not only a culinary treat but a welcome relief to our otherwise stretched financial situation. In other words, very affordable and good value. Wine prices … don’t even get me started.

My lovely wife and I have seen this “making-all-the-lists” phenomenon happen before. We were both born in 1945 (you do the math), which means we’re not officially baby boomers since that huge demographic bulge didn’t officially get underway until a year later (1946).

When we were younger, we thought we were avant-garde, but as we gained more experience we discovered that we were actually typical first. So throughout our lives, we took up tennis when public courts were still available without a two-hour wait and so on.

These days, the baby boomers are on the march again into retirement looking for nice weather, inexpensive cost of living and a safe place to reside. Any particular locations come to mind?

Our previous move, right when we first retired, was to the tropical paradise of Panama. It was fresh and virtually all anybody knew about the place was that it had a canal cutting through it. It was also much safer than people thought since the notorious Panamanian “ex-strongman” Manuel Noriega was in jail.

A beer cost 50 cents and cigarettes and taxi rides only cost a dollar and a quarter. We bought a nice little apartment in the old town, historic section of Panama City for way below $100,000. Life was good, until Panama started to be prominently mentioned in all the “best-of” lists. Prices on the menus doubled, then tripled. Taxi drivers began demanding a living wage. And traffic became impossible. Yes, of course, the value of our apartment, which we now rent out, more than doubled, but if current trends continue, we’ll have to sell it so we can afford to live here in the scenic, historic, warm and highly desirable Algarve.

It’s nice to be popular (nice is one of Pat’s favourite vague terms). It’s quite gratifying to be appreciated, as I’m sure Portuguese tourism officials and hotel owners will attest. It’s even reassuring to know that other people agree that the Algarve is an attractive and agreeable place to reside. I’m also confident that too much of a good thing can turn out to be simply too much.