Portugal Resident
Home Original The best is yet to come 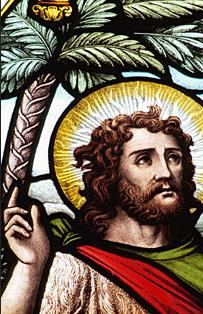 Margaret Brown is one of The Resident’s longest standing contributors and has lived in the Algarve for more than 20 years. As well as Point of View, she also writes Country Matters twice a month.

FOR MANY people Easter celebrations began and ended on Sunday March 23 to be followed in Britain with a day off work on Monday. For those who go a little deeper into the preparation for and consequences of the Crucifixion of Christ the best is yet to come.

According to the Gospel of John in the New Testament it is written that eight days after His death and Resurrection, Jesus appeared to his disciples in bodily form. He ate and drank with them and for the first time Thomas (one of the 12), having seen His wounds, believed. Another 32 days were to pass before Christ’s final ascension to Heaven, during which time he was seen by as many as 500 others.

Recorded in all four Gospels, the Acts of the Apostles and some of Paul’s letters, although when these were published many were still alive who had encountered Jesus after His death, none is known to have questioned the facts or doubted what they had seen.

On Thursday May 1 we hope to be celebrating Ascension Day in St Vincents Anglican Church but elsewhere, for reasons of convenience and perhaps because more people may attend, the Festival is held on the nearest Sunday. It is one of the main bases of the Christian faith, and before Christ ascended he commissioned his followers to go out and teach the Gospel throughout the world. However they were to wait another ten days when, as promised, they would receive the Holy Spirit and be enabled to carry out the work of healing, baptizing and spreading the word. Known by us as Pentecost, this day has its roots back in the time of Moses when the first sheaf at harvest was offered to God: likewise Christians harvested by the Disciples were seen as First Fruits. The rite of Baptism today is the much the same.