Portugal Resident
Home Original The battle for our children’s minds 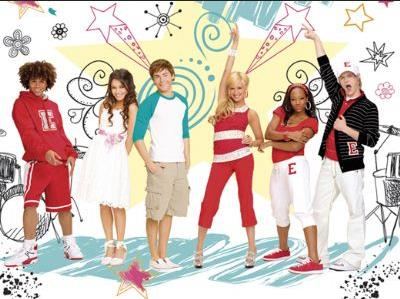 Andrea Clifford-Poston is an educational psychotherapist and author of Tweens: What to Expect From and How to Survive Your Child’s Pre-Teenage Years (published by Oneworld) and When Harry Hit Sally: Understand Your Child’s Behaviour (published by Simon and Shuster).

Is the High School Musical phenomena really just innocent fun for Tweens … or should parents be concerned?

Screams of joy from 6-12 year olds greeted the release of HSM3 last October.  Tweens have been taken by storm by the phenomena of these films with nearly 50 per cent in America watching HSM2 the weekend of its release. “I’m not surprised,” responded one mother, “It is all innocent fun, Mamma-Mia for kids …!”

And it is true that on the surface these are moral films, free from violence and explicit sex.  The good are rewarded, the unkind are revealed for their true nature, given a chance to make reparation and to turn over a new leaf.  There is nothing for parents to worry about … or is there?

Tweens are curious about and enjoy watching teenagers

For Tweens, friends, and particularly groups of friends, are increasingly important.

HSM illustrates how friendship groups give Tweens a sense of identity.  Troy is known as ‘the basketball star’ and Gabriella the ‘clever girl’.  Friendship groups also give Tweens an opportunity to try out different versions of themselves. For example, Troy and Gabriella want to try out other identities, being singing stars.  We see the power of the peer group as Troy is afraid to admit to his team that he wants to take part in the musical. But once he does, others also admit to having a secret life, “I bake”, for example.

Unlike teenagers, Tweens are not preoccupied with beginning sexual relationships. They are beginning to see the other sex as opposite and different, perhaps for the first time. They are interested in the romance of sex and this is exactly what HSM focuses on, an innocent romantic fairy tale of love between two young teenagers.

The stories echo the struggle Tweens are beginning to have to be themselves and not necessarily to live up to their parents’ expectations.  Troy’s father declares “You’re a playmaker not a singer,” and Troy replies “Can’t I be both?”

Children today are constantly exposed to a media preaching that only beautiful people can have an exciting life.  HSM claims to counteract this message: the cast are ordinary youngsters who want to star in a musical. It is marketed as an inclusive film in which ‘fat girls do get to dance,’ etc.

But does HSM try to have it both ways?

The stories argue that ‘everyone is special’ but also hint that beautiful people are more special.  For example, what do Tweens make of Kelsey, the composer (clearly the most talented of the youngsters!), being portrayed as a plain girl, pathetically grateful when the attractive couple are kind to her?  And the fat girls do get to dance, but they don’t get the lead part.

These films seem to fudge so many Tween issues by resolving the plot a bit magically. This leaves the Tween audience with nothing much to wrestle with; it also avoids the reality that life is a series of choices and that everyone cannot have or be everything they want.

In a sense, the HSM films capture the dilemma of our children’s minds. They know that potentially everyone can have a good life and yet they feel a pressure to aspire primarily to be beautiful and admired.  For Tweens this is an extremely difficult idea to wrestle with and so they themselves may fudge the dilemma by believing the false solution that only the beautiful matter.

But won’t Tweens know this is just fantasy like Mamma-Mia?  The difference between an adult and a child watching a film is that adults know what is fantasy.  The risk of HSM is that it plays out Tweens’ idealised fantasies about what it’s like to be a teenager and it also continues to promote the cult of the celebrity, the beautiful, the multitalented and the importance of not having warts. It completely sidesteps the powerful issue for Tweens of how can I be special! How can I be myself and also please me, my friends and my parents?  It gives no help to Tweens on how to manage when one is disappointed, when things don’t work out as one might have wanted.  Or indeed, on the problems of being ‘special’.

So should parents take Tweens to see HSM?

The reality is that Tweens are going to see these films somehow.  Perhaps the important thing for parents is to see the films themselves and then discuss with their children some of the unconscious assumptions they contain.

Andrea Clifford-Poston can be contacted by emailing features@algarveresident.com