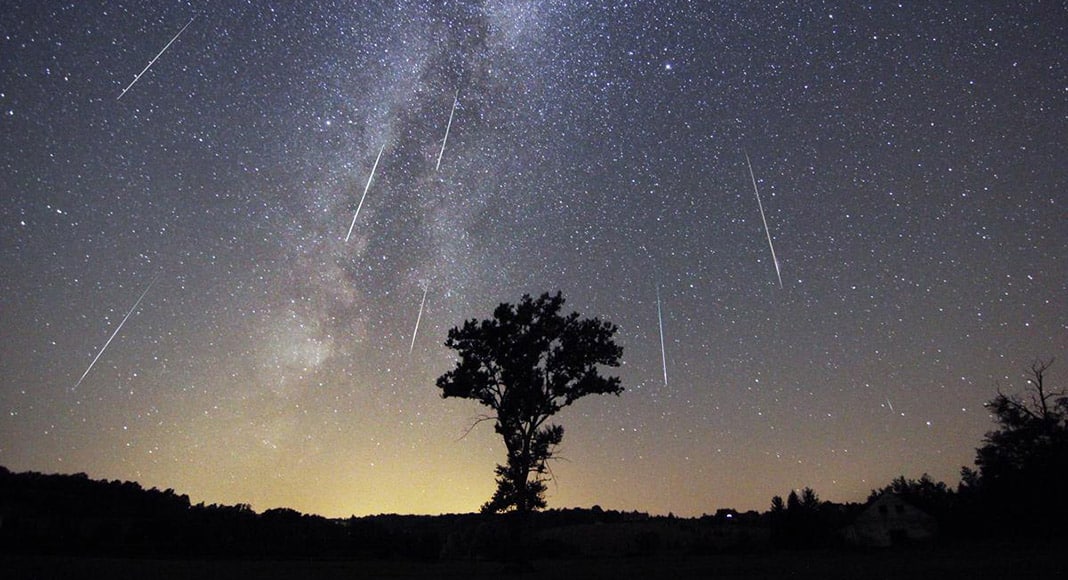 Welcome to the August night sky. As darkness falls this month, the summer Milky Way will be on full display starting from the southern horizon with the rich constellations of Sagittarius and Scorpius. Then this river of faint stars can be traced up to the overhead position with the constellation of Cygnus, Lyra and Aquila that contain the three bright stars of Deneb, Vega, and Altair, respectively. This river of stars continues up and over and downward towards northern horizon with constellations of Cassiopeia and Perseus.

The most reliable meteor shower of August is the famous Perseids on the night of the 12th. But we also have the Capricornids on the 1st, the Kappa Cygnids on the 20th and the Andromedids on the 31st. The shower at the end of the month is from dust left over from the tail of Biela’s Comet.

This year we have had several promising comets that in the end fizzled out and were not well seen with the unaided eye. But comet Neowise sneaked up on us from behind the Sun and was visible at dawn in early July, low on the north-eastern horizon.

At the end of July and the start of August, comet Neowise will move into the evening sky and can just be seen to the left of the constellation of Ursa-Major. This comet is moving out of our Solar System and will return in about 6,000 years. It was closest to Earth on July 23 at 103 million kilometres.

This comet is fading now as it moves away from the Sun and is not well seen from southern Portugal due to its northern position in the evening sky. But, with luck, it may be seen as a small fuzzy star-like object with a short 5-degree tail pointing away from the Sun. This will make it the first naked-eye comet to seen from the northern atmosphere since 2013. In photographs of this comet, it appears quite spectacular, but you may need binoculars to spot it visually in August.

Venus continues to shine brightly at dawn and will be at its greatest elongation from the Sun on the 13th when it can be seen in a dark sky and be bright enough to cast a shadow at that time. Jupiter and Saturn have just passed opposition and continue to be seen low in the south at nightfall. Telescopically, these gas giants never fail to please.