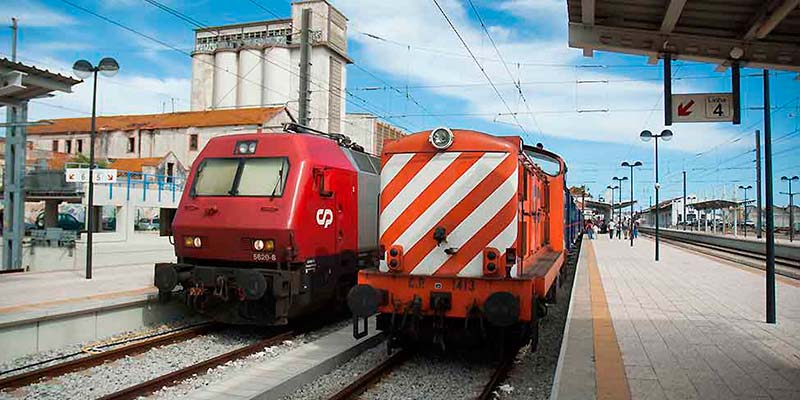 Portugal’s infrastructure authority (Infraestruturas de Portugal) has announced the launch of a tender for the electrification of the Algarve’s railway between Lagos and Tunes.

The works are expected to cost around €23 million and be completed “by the end of 2023,” according to the announcement published in state newspaper Diário da República.

The news came less than two months after the launch of a tender for the electrification of the other stretch of the railway between Faro and Vila Real de Santo António (click here).

Several major changes and improvements are in the pipeline.

Renovations are planned for the Portimão and Vale da Lama railway bridges, while the level crossings in Silves, Estômbar and Portimão are due to make way for overpasses.

All in all, the electrification project is expected to cost €65 million, 85% of which will be covered by EU funding.

But the truth is that the works should have been completed by the end of 2020, according to the initial projections.

In November 2019, IP justified the delays by saying the planned electrification of the region’s railway was stalled by the need to carry out environmental impact assessments – which initially were not expected to be required.

Meanwhile, regular train passengers have often complained about the “embarrassing state” of the Algarve’s railway.

“Trains that never arrive, one-hour delays, replacement buses and closed down stations and stops” are just some of the issues that have been signalled by the Algarve railway users’ commission (CULA).

Expectations are high that the electrification project will finally bring the railway into the 21st century, making travelling by train in the Algarve the enjoyable experience many believe it has the potential to be.

However, the project has already faced some opposition.

In July, Lagos Council expressed concerns about the planned electrification of the railway between Tunes and Lagos, saying it could become an eyesore, particularly in Meia Praia – an area renowned for its sprawling beach and dunes.

The council said the works could have “permanent and very significant negative consequences” on Meia Praia’s otherwise mostly natural scenery.

It also said the pros do not outweigh the cons, stressing how the electrification of the railway would bring only minor improvements to people’s train-riding experience.

At the heart of the council’s concerns was the construction of seven-metre-high overhead lines to power the trains and the possibility of even higher overpasses.

However, these concerns have not yet been addressed by Infraestruturas de Portugal – at least not publically.