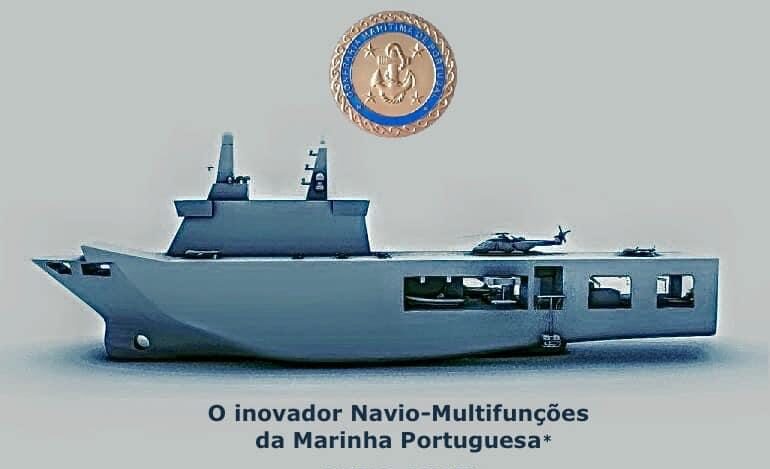 The tender for construction of “a pioneering naval platform” with the capacity to project multiple capabilities, essentially robotic and unmanned systems (aerial, land drones and submarines), has fallen flat.

Financing of €100 million has been set aside in the PRR (Plan for Recovery and Resilience) – but now this stumbling block: no-one seems suitably interested.

Among candidates there was only one deemed ‘qualified’ to carry the project through, and even then, the proposal fell short.

An official source for CEMA (the chief of staff of the Armed Forces) says this setback had been “contemplated”. “Legal options are foreseen and will be explored in order to pursue this important project”, reporters were told.

At a naval event recently, Rear-Admiral Jorge Pires presented the project saying it was one of the most “structuring and challenging of the Navy”.

The idea is for “a scientific ship, which will be a kind of base on the high seas, equipped with scientific laboratories, accommodation for 90 people permanently and another 100 if necessary, for example, in an emergency evacuation situation, ramps for loading and unloading vehicles, heliport, tracks for aerial drones, a bay for underwater drones and speedboats, various cranes for hoisting research material – a “platform for projecting capabilities”.

The Navy maintains the “ship will contribute to knowledge, preservation and sustained exploration of the ocean, to direct support for populations in response to crises and to the strengthening of the country’s operational and scientific capacity, particularly for the mapping and protection of living and non-living resources, but also for surveillance and maritime surveillance, maritime search and rescue and response to maritime accidents, mainly using Unmanned Vehicles (VENT) to perform their tasks”.

In its application for PRR funding, the Navy stressed that “this vessel, idealised under a new concept of operation, has no military requirements and is not armed. Its main functions are environmental monitoring, namely in the fight against maritime pollution, fishing surveillance, preservation of resources, development of knowledge and research in hydrographic and scientific areas”.

According to the text, “all its drones are unarmed and the sensors used serve to monitor, survey and control maritime spaces under national jurisdiction.”

The ship “will also serve for the eventual transport and evacuation of citizens in case of need.

“With the dual use concept, and since it is a technologically innovative and disruptive ship, it will allow technological solutions to be tested in the robotic area, contributing to the development of national technology”.

The project represents a “stimulus for the entire community linked to the sea, industry and academia”, said Rear-Admiral Pires, whose position in the Navy is Director of Ships.

He added that it is the Navy’s intention to “involve national industry as much as possible” in the project.

“We should not, as a country, waste this opportunity,” he told his audience, suggesting the platform would be built between 2023 and 2025, to be delivered at the end of 2025. 2026 “would be the year of guarantees”.

Thus it’s now a case of moving to Plan B.