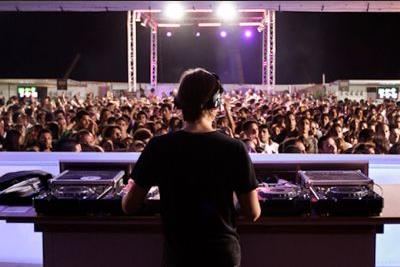 Tourists, residents and business owners across the Algarve are complaining to the authorities about what they describe as the excessive noise caused by temporary summer bars and music licences.

In the most recent example, police seized sound equipment from Nikki Beach in Vilamoura at the weekend during a party held to mark the closing of the Allgarve Dance Festival as music continued after the legally permissible time of 2am.

In the Lagoa council, the Hotel Casabela in Ferragudo has received complaints from guests for three consecutive summers about the noise generated by beach bars and parties in the Portimão marina area.

In 2007, noise complaints about Sasha beach club in Praia da Rocha led to sound tests being carried out and sound barriers being put up around the bar the following year.

Despite this, the noise levels from the Portimão marina continued to remain high both in 2008 and 2009, which according to José Alves is driving away tourists with money to spend.

“Parties are great for the youth,” however, he said, tourists who do have money come to the Algarve to relax and will not return if they cannot do so.

At Faro beach, around 40 local residents have put up black banners on their houses in protest of the noise made by the Sui Generis bar at night.

After contacting the local Câmara, ASAE, the regional environment office and the public ministry, a local resident made a legal complaint against the establishment. The court decided that the Sui Generis bar cannot make noise after 11pm and ordered a fine of 300 euros to be paid each time this rule is broken.

In June, however, Faro Câmara issued a special licence to allow the bar to have music until later.

Meanwhile, the Associação de Discotecas do Sul e Algarve, the nightclubs association for the south of Portugal, has made legal complaints against Vila Real de Santo António and Loulé Câmaras for issuing licenses to the Manta beach club and Faces beach club for unfair competition.

It is also due to complain against Portimão Câmara for the licensing of the Sasha beach club.

José Manuel Trigo from the association, and co-owner of the T-Club nightclub at Quinta do Lago, told the Algarve Resident: “The temporary night-time establishments are slowly going to ruin business for those who have a year round venue.” He added: “We are against the unfair treatment that temporary summer bars receive.”

According to José Trigo, many of these bars are not fully legal and do not respect the regulations that permanent establishments must abide by.

“It is not fair for the rest of us who struggle through the winter months only to see others reap the rewards,” he said.

No one was available to speak on behalf of the Câmaras in Loulé, Vila Real de Santo António and Portimão or from Nikki Beach, Sasha, Faces or Manta Beach at the time the Algarve Resident went to press on Wednesday.