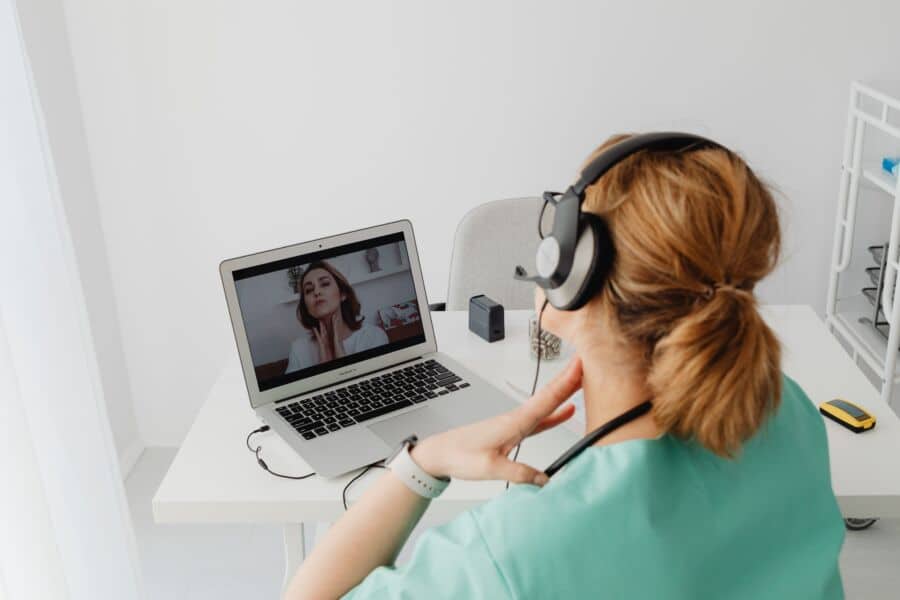 Today’s ‘health service furore’ is the way the concept of telemedicine appears to have been ‘hijacked’ to boost SNS health service performance figures.

According to Jornal de Notícias, “Portuguese hospitals are counting emails and phone calls as consultations”.

They have been doing this for roughly a year. The net result is that “an increase in unreliability and confusion”.

Telemedicine has done nothing towards the country’s elevated levels of excess deaths – running at the rate of more than 120,000 per year for the last three years.

Indeed, independent news provider Página Um wrote on December 14 that “the day before yesterday saw the highest number of deaths in the year, 468. The last few days have shown an increase in all-cause mortality, even with an easing off of hospital emergencies and respiratory infections. What are Portuguese people dying from? No-one knows because the Ministry of Health doesn’t publicise its studies, and the central health administration still hasn’t complied with the sentence of the Administrative Court of Lisbon, to reveal data on morbidity and deaths in hospital”.

What can be said, easily, is that the increase in telemedicine has done nothing to turn the problem of excess deaths around.

The latest report by health regulators (ERS) shows that “teleconsultations increased 214% from 2019 to 2020, the first year of the pandemic”.

Add phone calls and emails to the picture, and the increase was 465%.

But, says Castela (president of the Portuguese Association of Telemedicine), this is not the way to treat the specialty.

“When we talk about telemedicine, we’re talking about a video call consultation where, on one side, there’s the patient and the doctor and, on the other, there’s the specialist.

“We began this in paediatric cardiology at the Coimbra Hospital and University Centre in 1998 and currently we have a network with all the hospitals in the Centre region and with PALOP countries. There are patients from these countries that, after this consultation, come directly to surgery”, he told JN.

This does not happen following a phone call, or even an email, from a hospital.

In other words, current data is deceptive. It suggests hospitals are seeing a greater number of patients – ipso ‘treating them’ – than is in fact the case.

“Counting all contact with the patient as telemedicine seems to me to be only intended to show service. The numbers do not translate reality”, Castela told JN.

TSF radio says ERS now wants “urgent clarification of concepts with hospitals”. For example, data from the SNS portal suggests the number of telemedicine “consultations” jumped 697% from 2020 to 2021.

People reading TSF’s online text appear to be under no illusions. “Teleconsultations are the absence and negation of the medical act. A way of masking SNS productivity and increasing death”, wrote one reader. Another commented: “This is the pure and simple business of private enterprise. It’s a rip-off”.