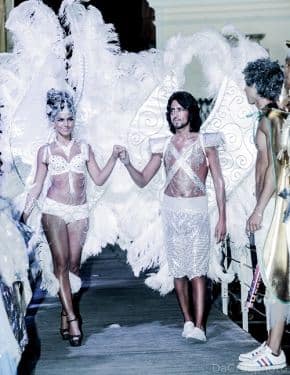 Adam Cudworth, 19, managed to capture the incredible views of the earth from space using little more than a balloon and his second-hand camera.

While NASA spends hundreds of millions each year on high tech satellites, Adam, whose scientific background consists of only a Physics A-Level, achieved his incredible feat – on a £200 budget. After taking two-and-a-half hours to float over 20 miles up into the earth’s stratosphere, his contraption captured out-of-this-world images giving breathtaking views of our planet from space. Adam used a GPS tracker similar to a car’s sat-nav to follow its progress and an attached radio transmitter to find it when it fell back to earth having reached speeds of over 150mph.

Adam, from Ombersley, Worcs.(England), bought a standard Canon A570 camera through eBay a year-and-a-half ago. He placed it in an insulated box along with a small video camera, two temperature sensors, two high-performance solar panels, a tracking device, microprocessor and radio.

The Nottingham University student then attached it to a high-altitude two metre latex balloon with a parachute – and named his contraption HABE 5.

The built-in circuit board allowed for Adam to cleverly record the speed, G-force and altitude his balloon was reaching at all times.

And incredible video footage, taken alongside the photos, shows HABE 5 swirling through the clouds to dizzying heights.