Hundreds of teachers, school staff, students and supporters from all over the Algarve took part in a major protest outside Portimão Council this Tuesday morning (January 17), as part of the ongoing national teachers’ strike. 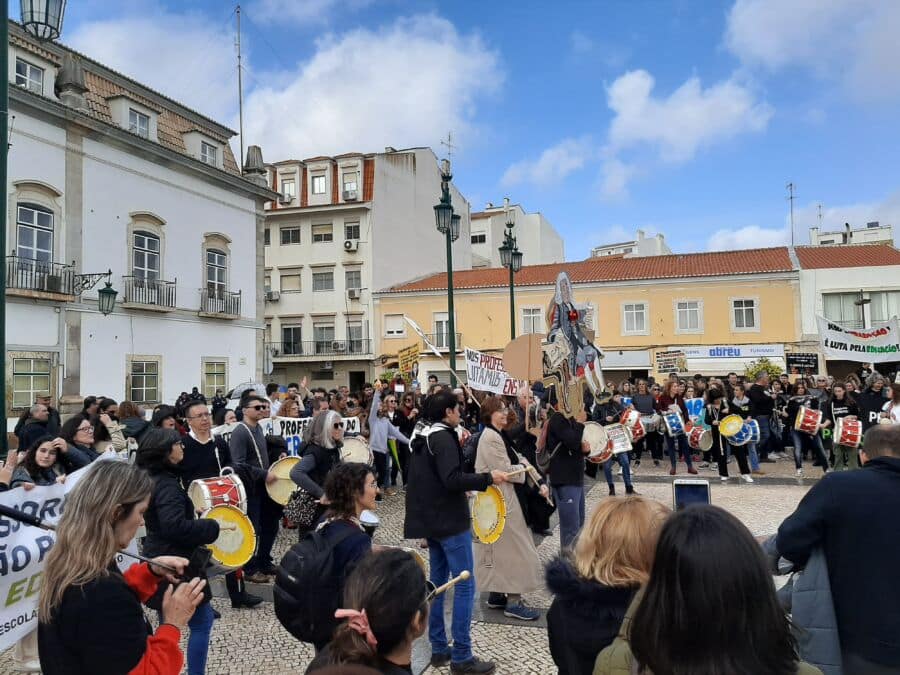 The demonstration was loud and lively, with teachers banging bass drums and dancing and singing throughout the morning. 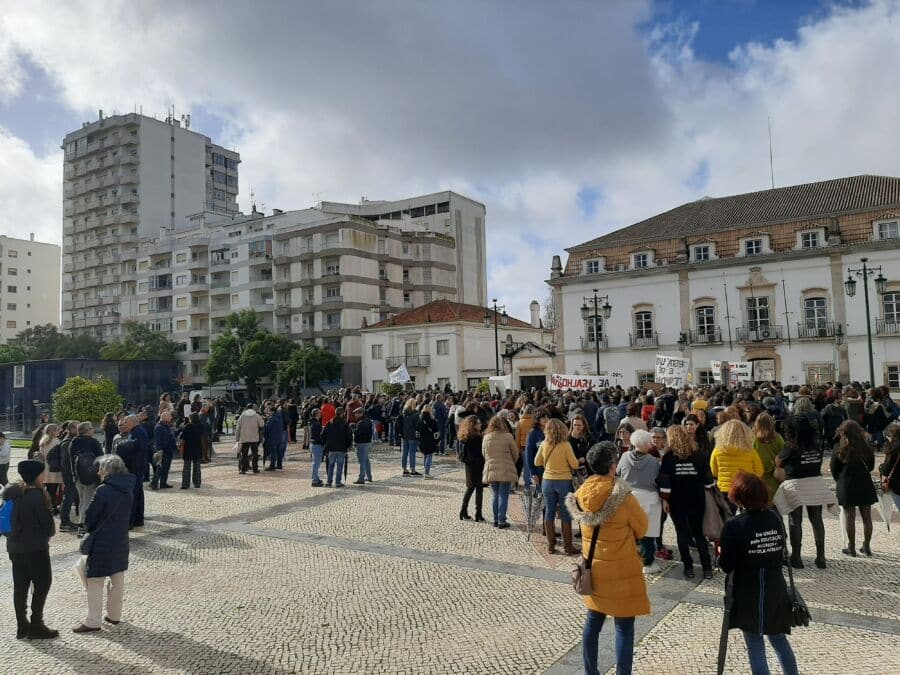 Protestors belted out the usual chants calling for the Education Minister’s resignation and for more dignity and better conditions for teachers, while others held up signs targeting Prime Minister António Costa (who is depicted wearing a powdered wig) and President Marcelo Rebelo de Sousa (who is singled out for his ‘deafening silence’). 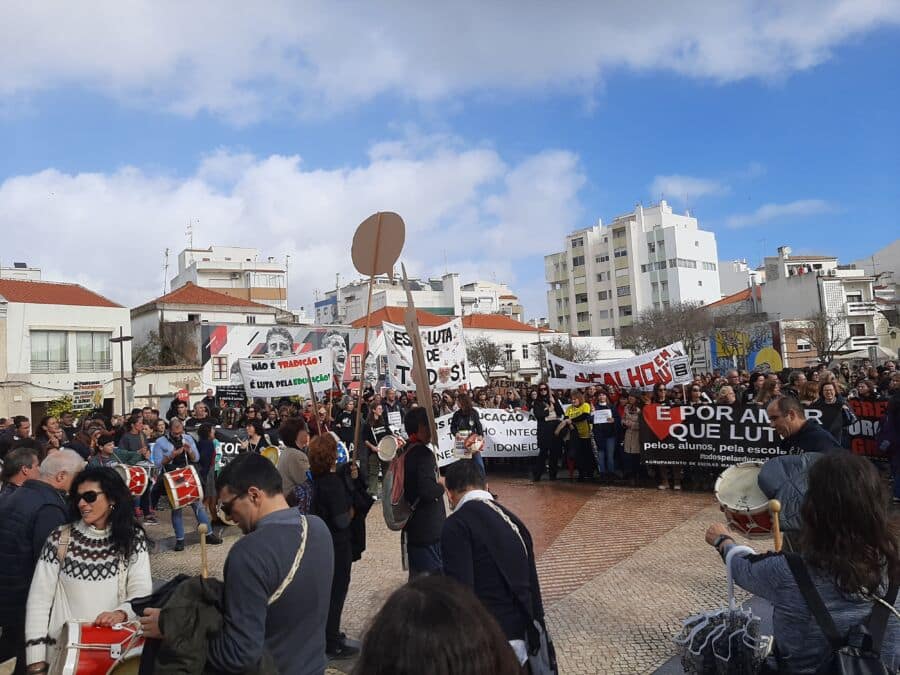 The teachers also vowed to continue fighting until their demands are met.

This was the second major protest held in Portimão in less than one week, following a smaller protest on Friday.