Portugal Resident
Home Original Tax tales from across the world 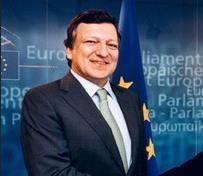 Financial intelligence officials from 47 countries have gathered in Bulgaria to discuss how improvements could be made to systems for uncovering cases of money laundering and tax evasion under the auspices of the Egmont Group.

The Egmont Group, which has a current total membership of 94 countries, was established in 1995 and brings together anti money laundering organisations and financial intelligence units from all over the world. The Group aims to improve communication and co-ordination between the various agencies.

A key part of the Group’s work is ensuring that information can be disseminated and shared between countries quickly, and is not held up by obstacles such as banking secrecy. The Group has made substantial progress during its 10-year existence in combating money laundering.

EU President hints at support for yet another new EU tax

José Manuel Barroso, President of the European Commission, has stated that the tortuous discussions, which led to an agreement between EU leaders on the bloc’s budget for the next seven years, illustrate the need for a comprehensive overhaul of the EU’s funding mechanism and hinted at the possibility of an EU tax to fund the budget.

At present, the EU budget is funded through a combination of import duties, VAT revenues and direct contributions from member states.

However, Barroso has since said that the time has come for a complete review of the budget. The Commission is set to review the European budget by 2008/9 and he indicated that no options will be left off the table in its attempt to streamline the process. “We are going to look at it without taboos,” Barroso said.

One of these options is likely to be a proposal for an EU tax, an idea supported by the EU’s Christian Democrat leaders. Such a proposal is, however, likely to be fiercely opposed by other states.

In a plenary vote held on December 13, 392 MEPs voted in favour of a proposal to harmonise company tax bases within the EU.

The poll also saw 121 votes against and 89 abstentions. It followed the recent approval of the principle of a common corporate tax base by the European Parliament’s Monetary Affairs Committee. Taxation Commissioner, Laszlo Kovacs, wants the process to be completed by 2009.

Despite the support of the European Parliament, the proposal will face strong opposition from several EU States, though earlier in December a European Commission spokesman had said that Parliament’s approval would greatly increase the chances of it becoming law.

One has to wonder, though, if this does go ahead. How long will it be before we see all other taxes being harmonised across the EU?

Under the Savings Tax Directive, financial institutions in EU member states and certain dependent and associated territories agreed to submit information about savings income received by EU citizens not resident in the country where they held their account.

Bermuda itself is not currently part of the Directive, however, it has since become apparent that funds and collective investment schemes that are domiciled there, which have their paying agents located in countries subject to the Directive, have been caught in its scope. This is due to the manner in which some countries, particularly Switzerland, have applied their home rules.

Gibraltar tax department urged to get tough on tax evasion

Gibraltar’s tax department has been told by the Principal Auditor to harden its stance against tax evasion by introducing tougher penalties and carrying out more thorough investigations into alleged evasion backed up by stronger legal remedies, The Gibraltar Chronicle has reported.

An Irish parliamentary committee has criticised the courts for giving lenient sentences in cases of tax evasion by wealthy individuals and businesses.

The Dáil’s Public Accounts Committee expressed concern over the “very small” number of prosecutions for serious tax evasion during 2003. The members accused the courts of practising “establishment prejudice” by treating wealthy businesspeople favourably, while relatively small fraud cases appeared to be punished with disproportionately stiff sentences.

“There have only been about half a dozen prison sentences handed out for serious tax evasion in the past 10 years and that is very low,” observed Committee member Dan Boyle. “We have to move away from fines and towards prison sentences if we are to bring home to people the seriousness of this crime. People who tend to be involved in major tax frauds, by their very nature, are often well off and can easily afford fines.”

The Committee’s call for tougher penalties for tax crimes comes as the latest ‘Defaulters List’, published by the Revenue Commission, showed that there were 138 settlements with the taxman in the three-month period to September 30, 2005.

In total, the Revenue’s probe of bogus non-resident and offshore accounts has netted 2.13 billion euros in unpaid tax.

• To keep in touch with the latest developments in the offshore world, check out the weekly news update on our website www.blevinsfranks.com