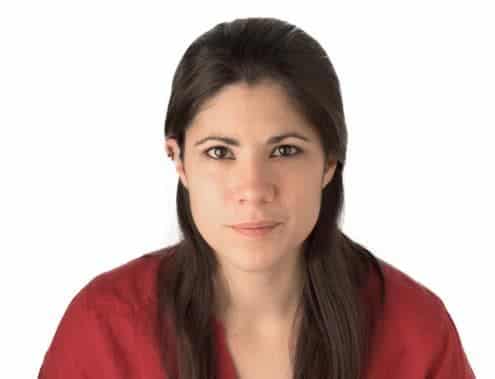 Tax departments up and down the country are going all out to seize people’s homes in lieu of fiscal debts before new laws kick-in to outlaw the practice.

This is the claim of Bloco de Esquerda MP Mariana Mortágua – one of the prettiest faces in politics with the attack strategy of a Rottweiler.

Voted female political personality of 2015 by Lux website, Mortágua’s performance in parliament has earnt her heroine status, both here and abroad.

As Bloombergbusiness commented last year, “four months ago, few in Portugal had heard of Mariana Mortágua”.

But since she took it on herself to “sift through the wreckage of BES and a complex web of assets linked to the prominent Espírito Santo family”, she has become a political force to be reckoned with.

She told Bloomberg: “I used to stay awake until 3am or 4am trying to put all the pieces together”.

From “pithy direct questions” that rumbled the previously untouchable banking establishment to stands on almost everything that touches on the frustration that everyday people feel towards the system.

Hence her fury over home seizures which last year saw 2,720 families losing the roofs over their heads.

It is a practice that the left wing alliance supporting PS Socialists in power have all agreed should be stopped, but it has yet to reach the statute books – and this is what has fired up Mortágua.

Speaking in parliament yesterday, she said: “With the desire to stop these seizures now explicit, it would be absolutely counterproductive if a large number of families lost their homes because tax offices were working overtime, or parliament was taking too long”.

Thus she has called on the government to suspend any auctions set to sell off seized homes.

The PS, PCP and BE projects calling for the “suspension of these kinds of seizures” were presented on January 7, but are still under discussion, writes Correio da Manhã.

Demanding action from the Secretary of State for Fiscal Affairs, Mortágua said she was “aware that there are tax offices which are hurrying through processes marking the sale of family homes for fiscal debts”, hoping to get as many through as possible before the law changes.

According to CM, there are still 1171 seized homes waiting to be sold.