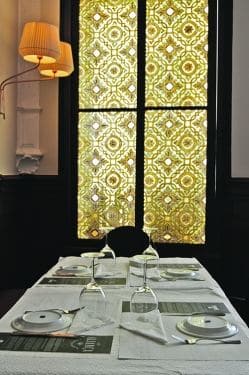 Tax evasion has reached unprecedented levels in Portugal as the recession, austerity measures and increased taxes begin to bite.

The Government is said to be extremely worried about the situation as an estimated €14 billion in 12 months has not been declared to the tax man.

Portugal already has a large parallel economy estimated to be worth around €40 billion per year which represents around €9 billion in lost taxes.

It is estimated that if Portuguese businesses and small service suppliers paid their due taxes, there would be enough money to build the new international airport, the TGV high-speed rail link, pay for at least six submarines and balance the government’s balance of payments and public sector deficits.

In fact, the Ministry of Finance estimates that it lost €13.8 billion in lost revenue as the black economy now represents 24% of the country’s GDP or €39.4 billion.

The statistics, which are already well known by the Directorate-General of Taxes, are considered “very worrying” by the Government which is studying new ways of fighting the parallel economy.

“I wouldn’t be surprised if a new law or regulation is shortly approved which will place joint responsibility on businesses and their service suppliers,” the Beadle for the Accounts Official Technicians (Ordem dos Técnicos Oficiais de Contas), Domingues Azevedo, told Correio da Manhã over the weekend.

He stressed, however, that an increasingly efficient tax system would make large-scale tax evasion “more difficult” but added that “the crisis, whereby people are now beginning to feel the pinch and effects of higher tax rates (VAT) make it fairly tempting to try and avoid paying taxes.”

The building trade, home improvements (painting and decorating), gardening and landscaping, plumbing and electrical work, transport and removal services, cafés and restaurants are all areas which are traditionally prone to tax evasion in Portugal.

“The net is closing in on non-payers because the amount of lost tax is simply unsustainable and unacceptable”, said the beadle.

New computer systems and the capacity to cross-reference data with accounting firms, social security and various sectors of the State have helped the Government claw back many millions of Euros in the past few years. C.G.