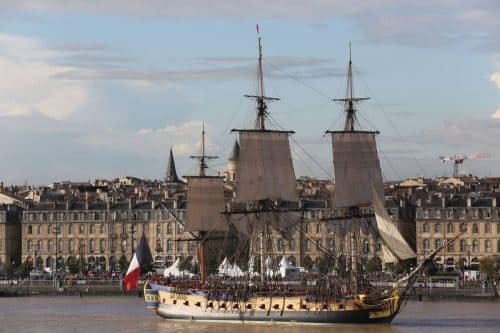 Thousands of sailors from around the world are expected to come to Tavira this year to take part in sailing events and championships sponsored by the Tavira Sailing initiative in a bid to make the city the sailing capital of the Algarve.

Tavira Sailing has gathered all the sailing events scheduled to take place in and around Tavira under one banner to enable the more cohesive promotion of the events, and the area as a whole, as a destination for sailing.

The project is being spearheaded by the Tavira nautical club (Clube Náutico de Tavira) while being supported by Tavira Câmara and the Portuguese Sailing Federation.

The 420 Open Iberian Championship will be held between March 9 and 12 and has been organised in association with the Portuguese Sailing Federation and the Federation of Real Sailing of Spain.

Guilherme Ferreira, the president of the nautical club of Tavira, said: “Tavira has excellent conditions for sailing and it is with pride that we are able to bring championships of this level here.  These events will not only contribute to the growth of the sport here but also to the promotion of tourism in the region.”

For further information about all the events and clinics that are being organised through Tavira Sailing, please call 281 326 858 or alternatively visit www.tavirasailing.org