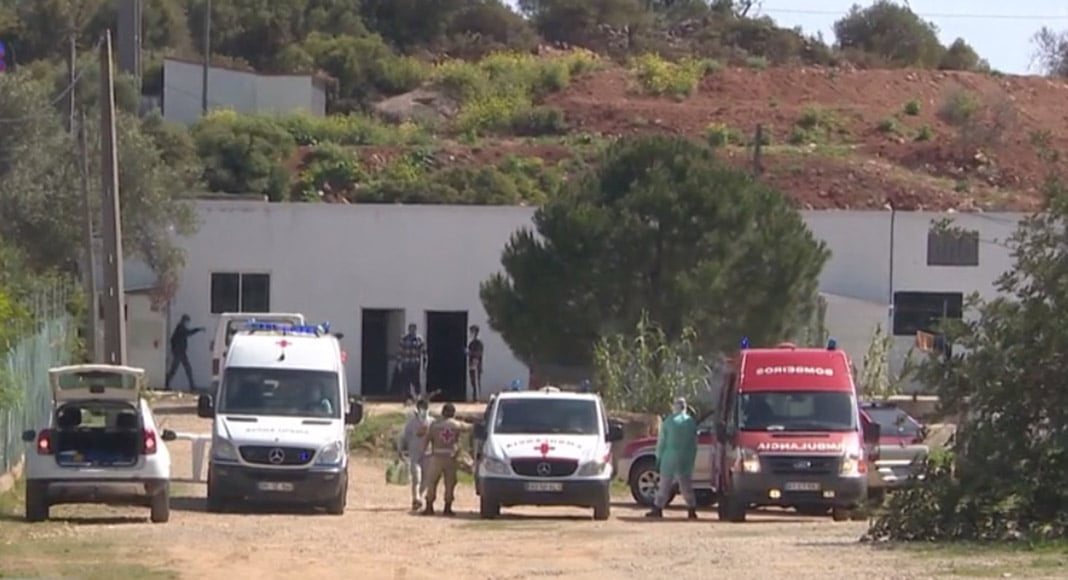 Eighteen agricultural workers who were living in deplorable conditions in a warehouse in Cruz do Areal, Tavira, have tested positive for coronavirus.

Three of them have been admitted to Faro Hospital while the others are being held in quarantine at Tavira’s Parque de Feiras e Exposições, where beds have been set up and there are shower facilities. Three meals a day are being provided by the Portuguese Red Cross.

The first case was detected when one of the men collapsed while out in Tavira last week. He was taken to Faro Hospital and tested positive for coronavirus, with authorities quickly trying to establish who he had been in contact with.

Reports Correio da Manhã, the man was part of a group of 26 Indian and Nepalese agricultural workers who had travelled from Serpa in the Alentejo to the Algarve at the start of March and rented a warehouse to sleep in.

The rest of the group was tested, with 17 of the tests coming back positive.

Footage aired by SIC TV showed the moment the group was evacuated from the warehouse in Cruz do Areal, with authorities asking them in English to leave the building “one-by-one”.

In a statement posted on the local council’s Facebook page, Tavira Mayor Ana Paula Martins said that the men are being monitored by the municipal civil protection services.

Their condition is being evaluated by health professionals from the local health centre, with “different medical procedures being taken according to the (disease’s) development”.

The mayor also tried to calm Covid-19 anxiety among the population, saying that the infected are “all part of the same group, which is why we are urging people to stay calm and remain in self-isolation”.

Meantime, another group of around 56 agricultural workers is in quarantine at a tourist development in Cabanas de Tavira, mayor Ana Paula Martins has revealed.
Although they have shown no symptoms, they are due to undergo coronavirus tests. Thus, the quarantine is only a “precautionary measure”.

She added that 46 of the workers are from Castro Marim and 10 from the Costa Vicentina area.

They have all been identified by GNR police and their health assessed by doctors at the local health centre. Unlike the Cruz do Areal group, these workers had employment contracts and were duly accompanied by their employer”, who has provided accommodation for them at the tourist development, the mayor explained.