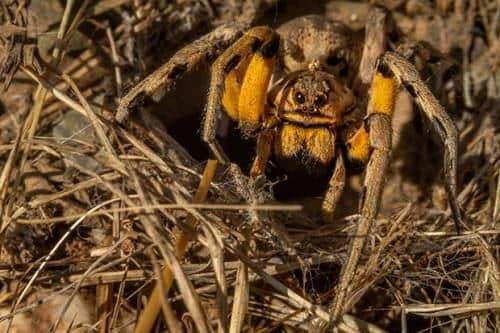 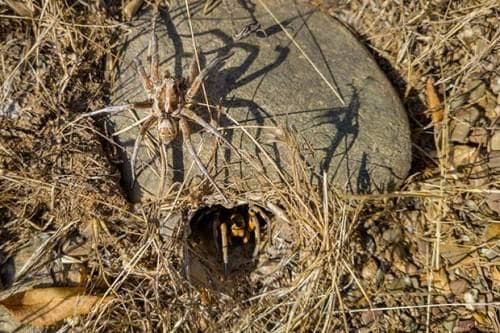 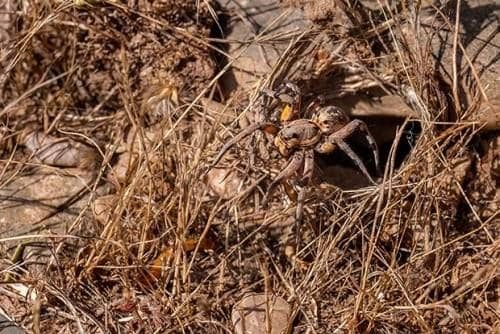 If I told you to describe a tarantula, you would probably respond with words along the lines of “big”, “hairy”, “dangerous” and maybe “not here in Portugal!”

Well, you may be surprised to learn tarantulas survive just fine in Portugal. However, not quite as you may imagine.

The name tarantula comes from the Italian city of Taranto in the Apulia region where the scientific name of the original species, the Lycosa tarantula, is derived.

This spider is more commonly known as the tarantula wolf spider (tarântula-do-mediterrâneo, in Portuguese), but don’t get confused with the similarly named wolf spider (Hogna radiata) also found in Portugal, which is smaller.

Italian folklore believes that a person bitten by a tarantula wolf spider must be treated by performing a local dance called the tarantella. However, this spider is not particularly dangerous to humans and rarely bites unless continually provoked due to its venom’s primary use to kill prey rather than defend. If you are unfortunate, a resulting bite can be compared to that of a bee sting.

The tarantula wolf spider is quite large for a European spider; the female’s body can be 30mm in length with a very large abdomen and the overall width can be around 70mm. The male is a lot smaller reaching just 20mm in length with a much smaller abdomen.

The female creates a burrow in the ground and very rarely leaves in her average four-year lifespan, which means they are not often seen. She builds a grass-weaved nest-like opening, secured together with silk to her burrow, which appears to work as an alarm for when prey moves across the opening. When triggered, she moves to the front of the burrow to attack her prey. I was lucky enough to spot one darting for cover recently, close to my home in the Algarve Hills.

Males are often spotted as they are roamers, constantly moving around in search of a female. The males have a much shorter lifespan of just two years. Of course, he must be careful as it is known for the female to cannibalise after mating!

The female has a silk sac attached to her spinneret (the organ that spins the silk), which contains approximately 100 eggs. Once these eggs hatch, the spiderlings climb onto the mother’s large abdomen and remain there until they are ready to leave the protection of the mother and burrow. Once they leave, they roam for locations to build their own burrows.

The tarantula wolf spider has four pairs of eyes in which a recent study shows that, combined, they form an advanced positioning and guidance system for quick movement whether this be to attack prey or retreat to the burrow.

I have successfully filmed the female preying on a mealworm. This film is available on my website. I will be monitoring her over the foreseeable future in the hope that I get a glimpse of her carrying her new-borns, especially since I have witnessed a male in her burrow!

Craig Rogers, a Wildlife and Nature photographer from Wales now living in the Algarve offering Photography Workshops. More information, photographs and blog can be found on his website at
www.craigrogers.photography.