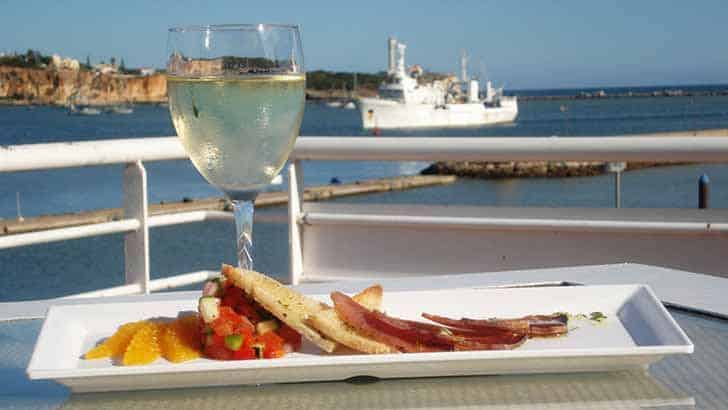 From May 1, the Algarve’s hugely popular ‘Tapas Route’ (Rota do Petisco) will officially be extended to take in Lagos and Aljezur.
This is a first for both towns, while the increasingly successful event that began in Portimão five years ago will then move on to Monchique, Silves and Lagoa in June and ‘end’ in September back in its ‘hometown’.
This is a brand-new format for the Rota that has become a hallmark of the Algarve’s gastronomic scene.
The concept, however, remains the same: people buy a ‘passport’ – which is a guide to all the venues and their menus – and for €3 per menu they can sample a variety of typical dishes, accompanied by a drink. Local sweets and desserts can also be tasted for €2.
As always, €1 of the passport’s price will go to help local charities and institutions.
Organisers Teia d’Impulsos say each stage of the event will include 80 eateries, and applications for the Lagos/Aljezur areas are already being accepted.
Last year more than 242,000 menus were sold during the event’s 38 days, generating around €700,000 for restaurants involved.
The success of the ‘Rota’ has been so strong that Teia d’Impulsos says it has actually revived the tradition of the ‘petisco’ – impromptu snacks with family and friends.
Visit http://beatsocialengageme9.wix.com/rotadopetisco2016 for more information on how to apply for a spot on this year’s ‘Tapas Route’.
rotadopetisco@gmail.com