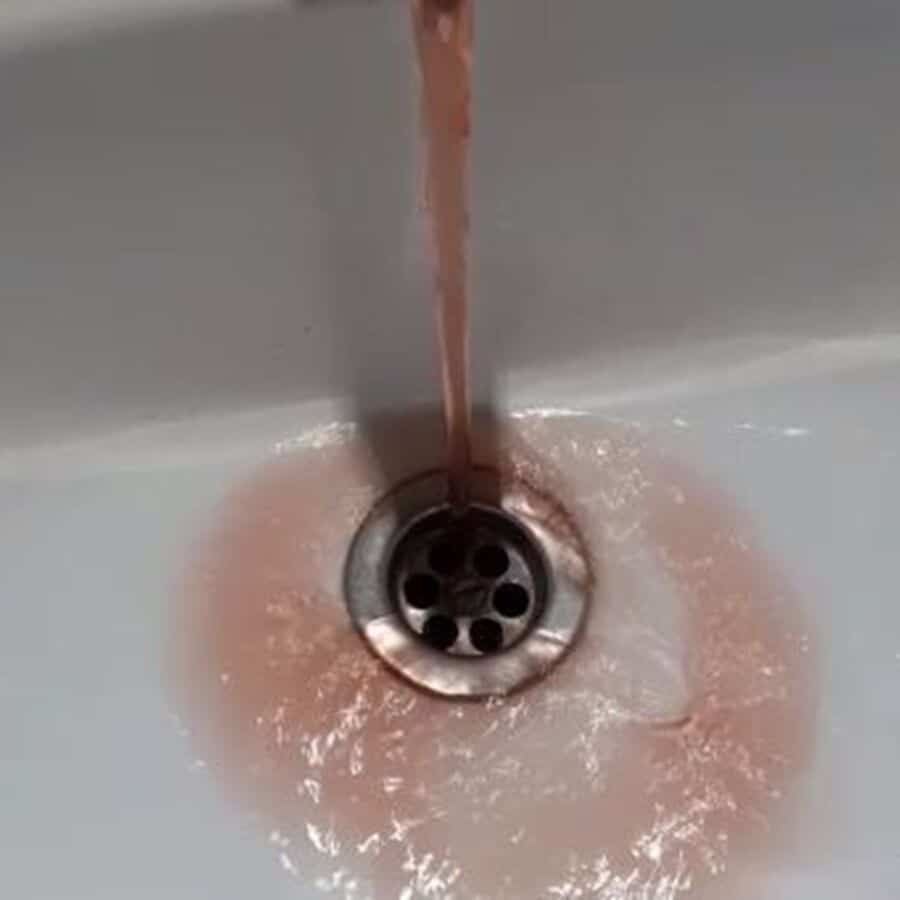 Around 30 houses in the town of Vale de Lousas (Alcantarilha), in the municipality of Silves, have had their water supply cut off after red water started coming out of their taps “overnight”. Several village inhabitants reported being “concerned” with a situation they have “never seen before”.

The phenomenon started in the early hours of Sunday, November 13, transforming translucent water into something similar to “wine”, as some Vale de Lousas inhabitants said.

The Silves City Council says it has “no explanation” for the red water phenomenon and therefore turned off the public supply in the locality while the situation “is being investigated”.

The municipality adds that samples have already been collected for analysis, and the result indicated the prevalence of “neutral pH”. Despite this, sanitation authorities classify the situation as “completely abnormal and unusual”.

Municipality technicians suspect that a strange chemical agent may have entered the network and that it is causing the water to change colour, but it has not yet “been identified”.

Vale de Lousas inhabitants will therefore remain without access to the water supply network until the municipality discovers the origin of the problem. Meanwhile, the Silves fire department will supply the population with water using a road tanker.