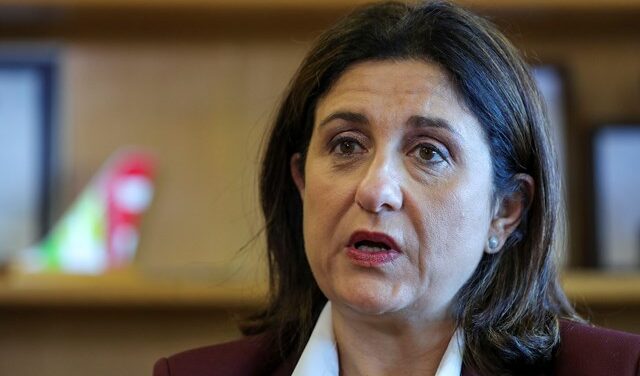 Portugal’s ‘flagship airline’ TAP is under enormous pressure following news of historic losses right at the moment the government is preparing to plough yet another almost billion euros into the company keeping it ‘afloat’.

Today saw Ryanair CEO Michael O’Leary vow that ‘low cost airlines are key to the growth and recovery of tourism’ (TAP could never be described as low cost, albeit it does operate some routes at a lower cost than others), while the main opposition party PSD is calling for an ‘urgent parliamentary hearing’ to grill TAP executive Christine Ourmières-Widener on “the company’s economic and financial situation, and its route options, particularly in the north of the country”.

The PSD line is that TAP is not an airline that actually serves Portugal at all. It serves Lisbon – and, says the party, it doesn’t even do that particularly well.

In today’s request addressed to the president of the economy, public works and housing and planning commission, Afonso Oliveira, three PSD MPs point out that TAP “has been accumulating negative results since 2018 – a situation that worsened during the pandemic”.

The trio (Paulo Rios de Oliveira, António Topa Gomes and Márcia Passos) want answers not least because support for TAP approved in 2021 in Brussels involves “State aid of €3.2 billion“, which they consider to be “a very significant weight in the deployment of public resources”.

Referring to TAP’s historic losses of almost €1.6 billion last year, MPs are concerned that the airline “was the main beneficiary of lay-off aid granted by the State to companies during the pandemic” and yet now has admitted to needing to re-hire 250 cabin crew previously laid off as part of its Brussels-led restructuring package.

Add to this the fact that the company has changed the priority of its routes “in an incomprehensible way” eliminating some from Porto “with obvious losses for the entire northern region”.

The PSD request considers the economic and financial situation of TAP “a matter of natural interest and concern for all Portuguese“, which smaller political parties have been saying ad infinitum since António Costa reversed the airline’s privatisation in 2016