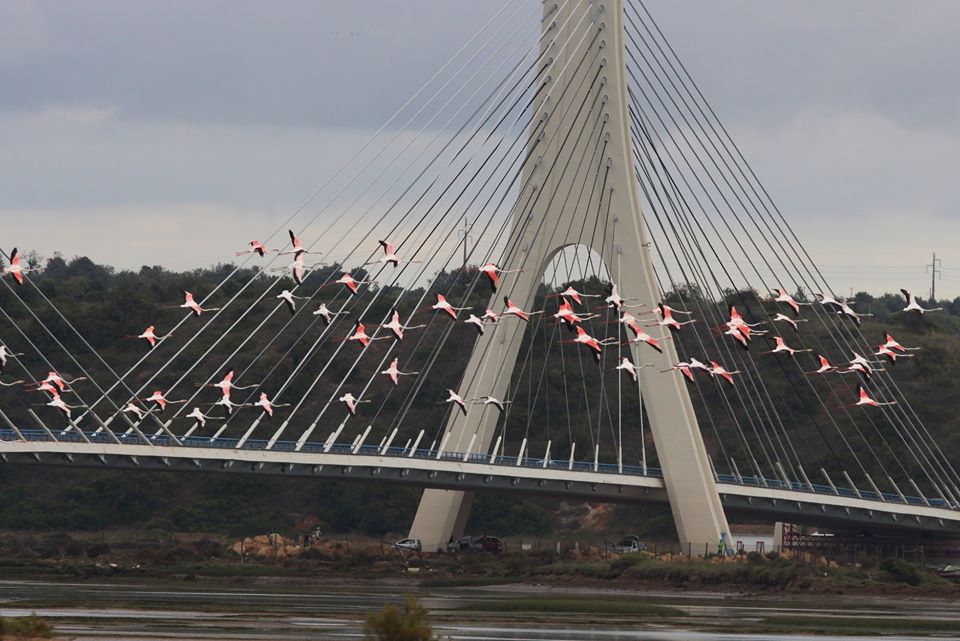 After all the fuss about the ‘desperate need for a second airport’ in Montijo to serve Lisbon, ‘none of the major airlines operating in Portugal’ want to fly there.

This is the claim by Expresso this week which says TAP is the most “open” when it comes to turning its nose up to the option so heavily pushed by the government (click here).

TAP says Montijo – a choice that has enraged environmentalists, civic groups and even civil engineers (click here) – “is for companies that fly from A to B”. In other words, ‘low cost’ operators selling tickets to people who do not have onward journeys or connections ahead of them.

This sector of the market “is not TAP’s” which has a ‘business model’ focused on transcontinental passengers that use Lisbon as a hub to go to other destinations, explains Expresso.

Thus, the prospect of landing in an airport outside the capital just “isn’t attractive”.

“TAP cannot operate in Montijo”, the airline’s private shareholder David Neeleman revealed at the Web Summit back in 2016. “I would like Montijo to be already up and running and for all the other companies to go there”.

But ‘other companies’ like Ryanair and Easyjet are equally uninspired by the Montijo option, says the paper, because they carry many passengers who come here for ‘short breaks’. The prospect of a trek into the capital from an outlying airport is just seen as too much of a ‘waste of valuable time’.

The only ‘carrot’ might be if Montijo’s landing fees were competitive – and ANA airports authority has been quick to stress the fact that its taxes have leapt threefold since the business was privatised in the hands of French group Vinci.

Further complicating a situation that has so far pleased so few is the fact that other ‘major’ companies like British Airways, Lufthansa and the Emirates “cannot use Montijo” as the runway “doesn’t permit it, due to its dimension”, says Expresso (meaning lack of it…)

Said a source that reportedly asked to remain anonymous, “Montijo isn’t the ideal solution but we don’t have the time or the money to go ahead with another project”.

The source stressed Montijo won’t be ready to accept passenger planes before 2024, meaning there will have been four summers in which Portugal has to limit its growth in terms of tourism because of Lisbon’s Humberto Delgado simply can’t take any more traffic.

The predicament remains ominously overshadowed by ‘safety concerns’ – not just because of Montijo’s proximity to ‘busy birding wetlands’ (click here).

Airport specialist José Furtado told Expresso: “The runway will have a deficit of 610 metres” “substantially increasing the probability of accident”.

The reason, explains Expresso, is that to be ‘safe’ a runway should be a minimum of 2,750 metres. Montijo’s cannot be more than 2,400 metres.

It will be precariously sited too, beside the Tejo on one side, and a support wall on the other.

Runway ‘limitations’ also affect one of the conditions imposed by the Declaration of Environmental Impact in terms of ‘the noise of planes on the local population’.

Miguel Silveira, president of the association of Portuguese pilots (APPLA) stresses that ‘less noisy, less C02 emitting landing and take-off procedures cannot be applied on a runway with these characteristics” … and so the controversy grinds on.

Meantime, “the government’s silence about Montijo is golden”, says Expresso.

The infrastructures ministry “hasn’t given a date for the conclusion of negotiations and final agreement with ANA “, but it talks about “a project of quality”; a “next generation airport that will take advantage of the best technology and architecture” to offer efficiency and environmental sustainability.

“The office of Pedro Nuno Santos even says the government is hopeful that work on Montijo will start this year”, the paper concludes.