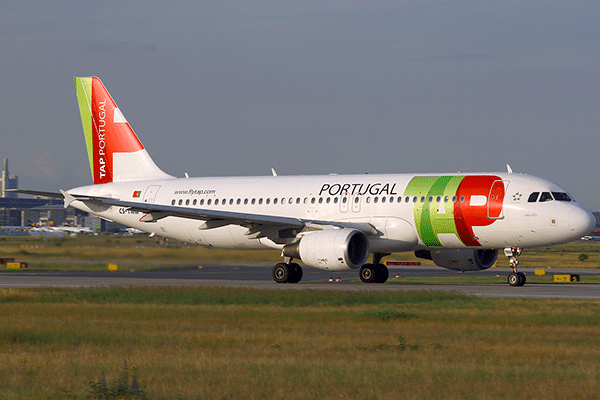 With customer complaints through the roof during the last two months, Portugal’s national airline TAP is now facing total paralysis.
Pilots are meeting this afternoon – with strike action firmly on the table – while almost 50 flights have been cancelled in the last four days, with more cancellations due to be confirmed on Saturday.
TAP boss Fernando Pinto has told newspapers that “everyone is working round-the-clock to return (TAP’s) operation to normal, as quickly as possible”. But he is staying tight-lipped over his company’ labour problems.
Jaime Prieto, president of the syndicate of civil aviation pilots (SPAC), explained to journalists that “deep-seated discomfort” among his members and other workers has caused this latest crisis.
He also criticises the State for “whistling on the side” (not getting involved).
Ostensibly at issue is the organisational chaos that has resulted in TAP’s having taken on 11 new routes in July. As Fernando Pinto has repeatedly explained, the new routes are to be served by new airbus aircraft which, for reasons unknown, failed to materialise on time.
Some of the aircraft are now in place, and others are on the way.
Pinto made an announcement on YouTube last week saying the six planes would be working by the end of the month, and TAP’s woes should be sorted by August.
But Prieto and other union bosses claim this is a simplification of the problems within the airline.
Workers need to be “treated with respect and the dignity that should apply to a business run with public capital”, Prieto told Público.
Meantime, TAP is promising customers 100% reductions on cancelled tickets and allowing rescheduling of flight plans free of charge.
Pinto also “justified” the chaos on delays in pilot and flight crew recruitment, and even suggested the World Cup and recent strike by French air traffic controllers had caused difficulties.
Far from staying out of the controversy, the government has called on TAP to present a “plan of emergency”. But it stopped short of allowing a motion tabled by the PCP communist party, calling for Fernando Pinto to be called to parliament.
As Público points out, TAP’s problems come at a time when the government is desperately trying to work out how it can sell the airline off.
Privatisation plans hit the skids embarrassingly in 2012, and the “window of opportunity has started to close” as next year’s legislative elections approach.