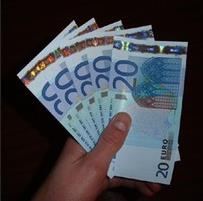 THIS IS the first in a three part series on taking up fiscal residency in Portugal:

The vast majority of foreign residents share a common trait: most, if not all of their livelihood, comes from outside of Portugal. Great confusion and misinformation abound regarding such income from abroad. Before analysing the different requirements surrounding Individual Income Tax (IRS) in Portugal, it is useful to dispel some of the myths, and establish a few of the basics regarding Portuguese taxation and the obligations of the foreign resident. So, the first question to consider is: Who is required to become resident for tax purposes in Portugal?

It is important to distinguish between a residency permit (residência) and fiscal residency. The former, requires a lengthy bureaucratic process at the Serviço de Estrangeiros e Fronteiras (SEF) office (the office for foreign citizens and border control). The latter, is circumstantial in nature.

An individual is deemed to be tax resident if:

• Physically present in Portugal for more than 183 days in a calendar year; or

• physically present in Portugal for less than 183 days, but has established a permanent place of residence at December 31; or

• if an individual, at the end of a tax year, owns a dwelling in Portugal that the tax authorities might reasonably assume to be his or her usual residence, the individual generally is considered resident for that tax year; or

• if the head of a family is resident in Portugal for tax purposes, other family members are also considered to be resident, even if living abroad.

However, if the foreign country has a tax treaty with Portugal, the treaty contains rules to decide in which of the two countries an individual is resident.

Needless to say, if you do have a residência, you are deemed to be tax resident, regardless of the number of days you are physically present in Portugal.

While the tax authorities used to turn a blind eye to foreign residents, the pendulum is now moving in the other direction. Rather than being invisible, expatriates have become prime targets. Many residents of Portugal have never submitted a tax return, thus they are likely to be eligible to pay tax owed and back interest, as well as hefty penalties.

The current government has made cracking down on tax fraud one of the cornerstones of its economic policies, and foreign residents are no exception. If you come forth voluntarily, you are dealt with accordingly. However, once on the black list of tax-cheaters, it is difficult to shake that status. By being compliant, you can take an important step towards peace of mind.

Where you pay your taxes

Unfortunately, you don’t get to choose where you pay your taxes. The law does. Just because you may pay, incorrectly, back home, does not mean that you will win any favour with the Portuguese finanças department. Double Taxation Treaties clearly define taxpayer obligations.

Portugal now has over 40 tax treaties with all EU countries and many others around the world. An additional 10 countries are currently completing the ratification process, another 10 are under negotiation and 30 more are waiting to start the process. In other words, Portugal is rapidly internationalising its fiscal perspective.

It may come as a surprise that filling out a correct tax return in Portugal can actually save you money. Submitting a tax return is not synonymous with paying tax. The Portuguese tax code has generous allowances and unexpected exclusions on certain forms of income, broad deductions for numerous types of expenses and liberal tax credits for many common expenditures. Many people find their tax burden in Portugal to be significantly lower than in their country of origin.

In your first year as a fiscal resident in Portugal, you will need to make the transition between one tax system to the other. This does not happen of its own accord. You need to take overt, concrete steps to make this happen. Otherwise, you will continue to pay tax in your home jurisdiction, yet accumulate fiscal obligations and, eventually, serious penalties in your new country of residence, Portugal.

We, as citizens, are compelled to be compliant with the law. We, as taxpayers, are only required to pay the legal minimum. Over the course of the following articles, we will explain how to achieve both.

Next: The exit: becoming non-resident

Dennis Swing Greene is Senior Partner and International Fiscal Consultant for euroFINESCO. Private consultations can be scheduled at our offices in Guia (Albufeira) and Lisbon (Chiado). In the Algarve, call 289 561 333 or in Lisbon, 213 424 210 or e-mail: info@eurofinesco.com. You can also visit the euroFINESCO website at www.eurofinesco.com