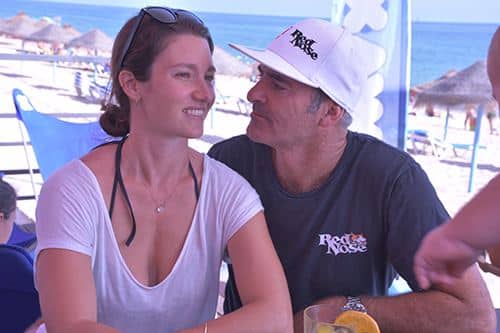 It is now three years since Tavira elected as its new Presidente da Câmara Jorge Manuel do Nascimento Botelho of the Socialist Party, and Sr Botelho has at last introduced a new website for his council.

It is now easier to navigate around the site and access information on both the services of the council and about the rich cultural and natural heritage of Tavira county.

One interesting omission from the new website is the strapline of the previous regime Vive Cultura. Although the motto remains on the city’s signposts at present, I have always puzzled over it. Culture Lives appears to have no meaning, yet the words admit no other translation.

Whatever their exact meaning, the loss of these two words is an indication of the lower priority accorded to matters of culture by the Câmara.

Temporary employees in culture-related jobs disappeared in February and already this summer, the Tavira international film festival has been a victim of this lower priority. It seems that when there is little money around it is the cultural agenda which is the first casualty. The corollary is that when there is little money available, it is more important to be proactive and resourceful in spending it.

The resources of the community are not a part of the Câmara, and ordinary people have much to offer. Last year we saw the civic movement Tavira Ilimitada grow from an art exhibition at Casa das Artes to a series of events dedicated to the concept of opposition to racism and xenophobia.

This successful movement brought together groups living in Tavira from all kinds of national backgrounds. The owner of Casa das Artes, José Delgado Martins, was one of the sponsors of Tavira Ilimitada and he has this year generously made available this space to cultural events sponsored by ordinary citizens.

He has already attracted the Theatre Company Al-masrah who have rehearsed their performance of Conta-me outros fados at Casa das Artes.

August this year saw the opening of the Oficina Barto. Originally funded by the Gulbenkian Foundation, Oficina Barto is a Tavira workshop founded in 1994 by Bartolomeu dos Santos, known universally as Barto. He was a major figure in printmaking, and was Emeritus Professor at the Slade School of Fine Art in London, but sadly died in 2008.

An initiative to re-open this workshop has led to investment by a number of private individuals, and the space is now ready to accept art and printmaking students and scholars, and the potential to create cultural links of an international nature has been born.

Monthly lectures on the history of the Algarve and of Portugal have been given by Algarve History Association in Tavira now for nearly five years. In 2010, AHA began to sponsor events covering other areas of Portuguese culture, for example azulejos, Arraiolos carpets, wildlife in the Algarve and the night sky visible from the Algarve. António Brito has spoken about the history of Olhão and his efforts to protect the patrimony of that unsung town, and Ricardo Gordon has highlighted the place of avant-garde architecture in Portugal.

This year the history lectures continue, and further exploration of Portuguese and Algarvean culture will take place. Already plans are in place for talks on the Portuguese presence in Angola (Júlio Cardoso), Mozambique (John Clifton), the natural history of São Tomé and Príncipe (Clive Viney) and the special history of the Portuguese court in Brazil (Rachel Barnard).

Peter Booker will continue his bicentennial survey of the Peninsular War with a consideration of the Battle of Salamanca, and there are plans for a discussion of the urban design of Tavira.

Music is an important component of cultural life, and a key person in plans for Tavira is Irene Ainstein, Educational Director of the Faro Conservatory. Irene is an accomplished piano accompanist and will support the soprano Birgit Wegemann on Saturday 10 November in a performance called An Evening at the Opera. After a considerable search in Tavira, a number of venues for music have been discovered.

These venues, including Quintinha da Música, promise excellent surroundings for an initiative in performed music events, which will feature both local musicians as well as those with an international reputation. There remains the possibility to experience master classes and workshops with skilled performers.

In a similar way to the support offered by individuals to Oficina Barto, this cultural initiative will require support from the community of both Portuguese and foreign residents of Tavira. The use of private homes to give concerts or to lodge travelling performers will be of undoubted importance, and it must also be possible to share with cultural organisers in other parts of the Algarve.

This initiative will not succeed if it is the product of the work of only a few individuals. It will need the open-handed support of the many.

If you are in any way interested in these plans, please be in touch. Where the local Câmaras have been unable to succeed because of financial constraints, it remains to the ordinary citizen to pick up the baton and to provide for ourselves the cultural life that we require. VIVA CULTURA!