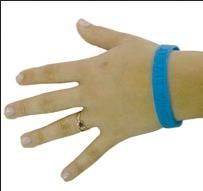 IN JUST a few weeks, two local residents, Shirley Emilio and Amanda Mortimer, will be running from the Spanish border, all the way to Sagres along the Algarve’s new Ecovia route to raise money for two charities.

The pair plans to run a total of 215km in just seven days, from May 4 until May 11, to raise money for local children’s charity ACCA and the UK’s Jane’s Appeal, which was founded by the late Jane Tomlinson.

A 60s and 70s themed dinner dance to officially launch the 2girls2run event will be held on May 2 at the Vilamoura Casino from 7pm. This will feature seven top vocalists as well as dinner, dancing and an auction, with tickets priced at 60 euros per person.

Several running groups have been set up across the Algarve as the last 10km of the charity run on May 11 is open to everyone.

A running group at Barringtons Golf and Health Spa in Vale do Lobo is held every Sunday at 10am and a group meets outside Silves Municipal Swimming Pool every Wednesday at 7.30pm.

For those who are not running, there is another way to show your support for this initiative by buying a 2girls2run charity wristband.

These are now on sale at The Resident office in Lagoa. Minimum price for these bands, which feature the words Your Life, Live it, is one euro, although there is no limit if you would like to offer more.

Because The Resident covered the cost of these wristbands, 100 per cent of the money made from their sale will go to the ACCA and Jane’s Appeal charities. The Resident office is located on Rua Visconde de Lagoa, Nº 2 and 3.