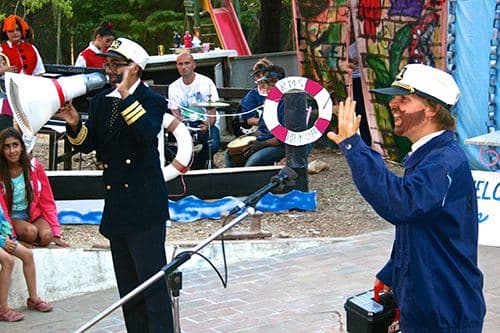 Europe’s largest dinosaur exhibition is on show at the Portimão Arena until September 9.

Take your family on a journey to the Jurassic Era in this fascinating exhibition, entitled O Mundo dos Dinossauros (The World of Dinosaurs), which promises to delight people of all ages and includes an educational element particularly for the younger ones.

The exhibition is open daily from 5pm to midnight showcasing the Jurassic Park’s great reptiles, such as the “terrifying” Velociraptors, Oviraptors and T-Rex or the “gentler yet enormous” Brachiosaurus.

Walking through forests, woods and deserts, visitors are able to admire lifesize, moving and sound-making dinosaur replicas and imagine what our planet was like in prehistoric times, when these creatures ruled the earth.

The unique show allows visitors to closely observe the natural settings in which dinosaurs lived, making the visit more dynamic, interactive and impressive due to its realism.

To better understand the world of dinosaurs, the exhibit is divided into six distinct areas: ‘Cinema Studio’ where a documentary on the life and extinction of dinosaurs is shown, ‘Fossil Gallery’ displaying three complete dinosaur skeletons such as a 10-metre long Yangchuanosaurus skeleton, hundreds of fossilised pieces such as bones, teeth and claws, the ‘Dinosaur Exhibit’ itself, a ‘Palaeontology Workshop/Children’s Area’ and ‘Souvenir Shop’.