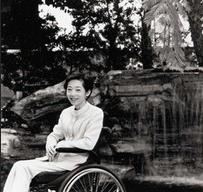 WU SHU-CHEN, wife of Taiwanese President Chen Shui-bian, has been charged with corruption over the misuse of state funds. She and three former aides to the president are accused of falsely claiming nearly half-a-million US dollars between July 2002 and March 2006, but she denies the charges. Investigators believe that the president was also involved in the scam, but he will be protected from being prosecuted as he has presidential immunity. Since the president took office, there have been a number of scandals including his son-in-law, Chao Chien-ming, being charged with insider trading. The president has apologised for the scandals and has vowed to remain in office until the end of his term, despite calls for him to resign.