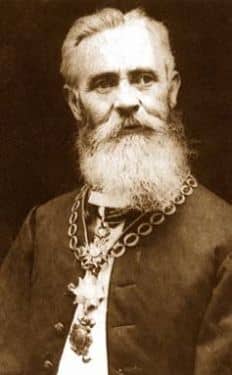 The Algarve Resident spoke to two car hire companies with offices at Faro Airport to find out what measures they had in place to help them deal with their customers, particularly foreign holiday makers, from April 15, the date stipulated by the government for the introduction of tolls on the A22.

João Correia from YorCar.com, said only a miracle would save them from the government’s move to turn the Algarve’s partly EU funded A22 into a pay-as-you-go motorway.

“The information available is limited and we will basically suggest to our customers that they use the EN125 to spare them from the hassle that the tolls will cause,” he said.

“To put it simply, we really don’t know what is going to happen. So, we install electronic devices on our cars and then what?”

He said it is “insane” to expect foreign holidaymakers, with limited knowledge of the country, to queue at pay stations or the post office to pay for tolls.

“Can you imagine what they will say when they return to their home countries? Algarve tourism will be severely affected by this,” he said.

João Correia said that if the driver uses the motorway and doesn’t pay the toll charges, it is the user, not the proprietor of the vehicle, who will be fined for non compliance.

However, he said, “we will be chased by the IMTT (the road traffic and transport regulatory body) to provide identification of the driver so that a fine can be sent to them. If we don’t provide the customer’s identification, we are then held responsible for non-payment. It’s crazy! Our job is to provide hire cars not to be swamped with this type of work. I can foresee chaos.”

He added that further pressure should be placed for the matter of tolls on the Algarve’s A22 to be taken to the EU.

Similar concerns are shared by Sousa Cabrita of Auto Jardim. He told the Algarve Resident: “We have submitted several proposals to the Secretary of State for Transport but he refused them all. For instance, we suggested rent-a-car companies paid a yearly fee to the entity responsible for the tolls to spare our customers from the hassle, but he responded by saying that it violates the user-pays principal.

“We considered a set tolls fee on top of car hire charges for our customers but it wouldn’t be fair on those clients who didn’t use the A22. How would we know who used the motorway or not? There is no system in place to tell us the amount our clients would have to pay.”

Sousa Cabrita said the system is unworkable: “The entity regulating the electronic tolls system does not have the technical capacity to inform clients.”