Portugal Resident
Home Portugal News Syndicates out in force on May Day warning of new wave of... 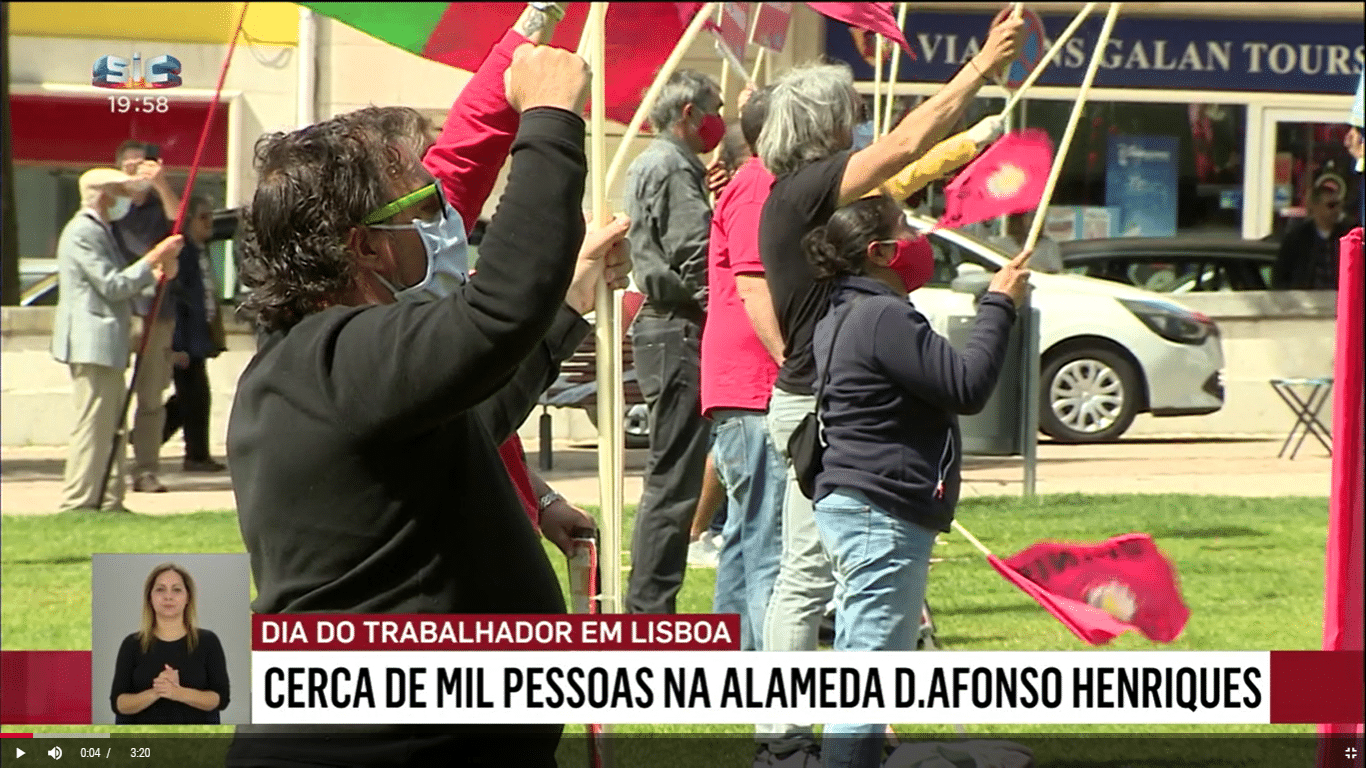 With May 1 signalling ‘Labour Day’ syndicates came out in force in Lisbon – creatively managing rules for social distancing – to warn against a new wave of austerity developing as a result of the pandemic.

Prime minister António Costa marked the day with two tweets calling for unity between the State, workers and businesses, to protect jobs that have already been impacted.

“This year we’re making the Day of the Worker in a different way”, said his second tweet, attesting to the pandemic already “leaving its mark” on employment. “In times of exception, we must always prioritize defending work, its dignity and importance in a society that wants to be more just”.

In the city’s Alameda gardens, syndicates and members waved banners and stood in solidarity, calling for ‘full salaries to be paid in situations of lay-off, a halt in dismissals and reinstatement of workers who have already lost their jobs’, among other measures.

“People want to keep us quiet, but we refuse to stay quiet”, said Isabel Camarinha, the recently-elected secretary-general of the CGTP (confederation of Portuguese trades unions).

In her first Labour Day speech, Ms Camarinha referred to “hundreds of businesses that are taking advantage of this difficult situation”, saying “workers are losing wages, jobs and their rights are being violated”.

She stressed the new coronavirus is not simply threatening health, but employment rights – and thus the way ahead is to fight for their recognition and refuse to be condemned to “years and years of sacrifice, a slow recovery and a painful process that implies more austerity”.

PM Costa has been consistently quizzed on whether austerity will come as a result of this health crisis. Initially, he vowed that austerity is the last path he would choose in terms of Portugal’s recovery. But within a week his answer had changed to: “I can’t give an answer that tomorrow I won’t be able to guarantee”.

Talking on Rádio Renascença today, economist Ricardo Reis – described ‘as one of the most respected experts in macroeconomics working out of one of Europe’s most prestigious business schools’ – has predicted Portugal faces between five to ten years austerity as a result of this crisis, largely due to the “heavy load of debt” it was carrying before the pandemic hit.

But he was not totally pessimistic about the country’s ‘chances’, explaining: “There could be a decline in tourism worldwide but there may also be a major reorganisation of tourism destinations in response to the crisis.

“The fact that Portugal is perceived as one of the safest countries could give it an advantage – and if we cope well with this health crisis it will reinforce our image as a safe country even further”.